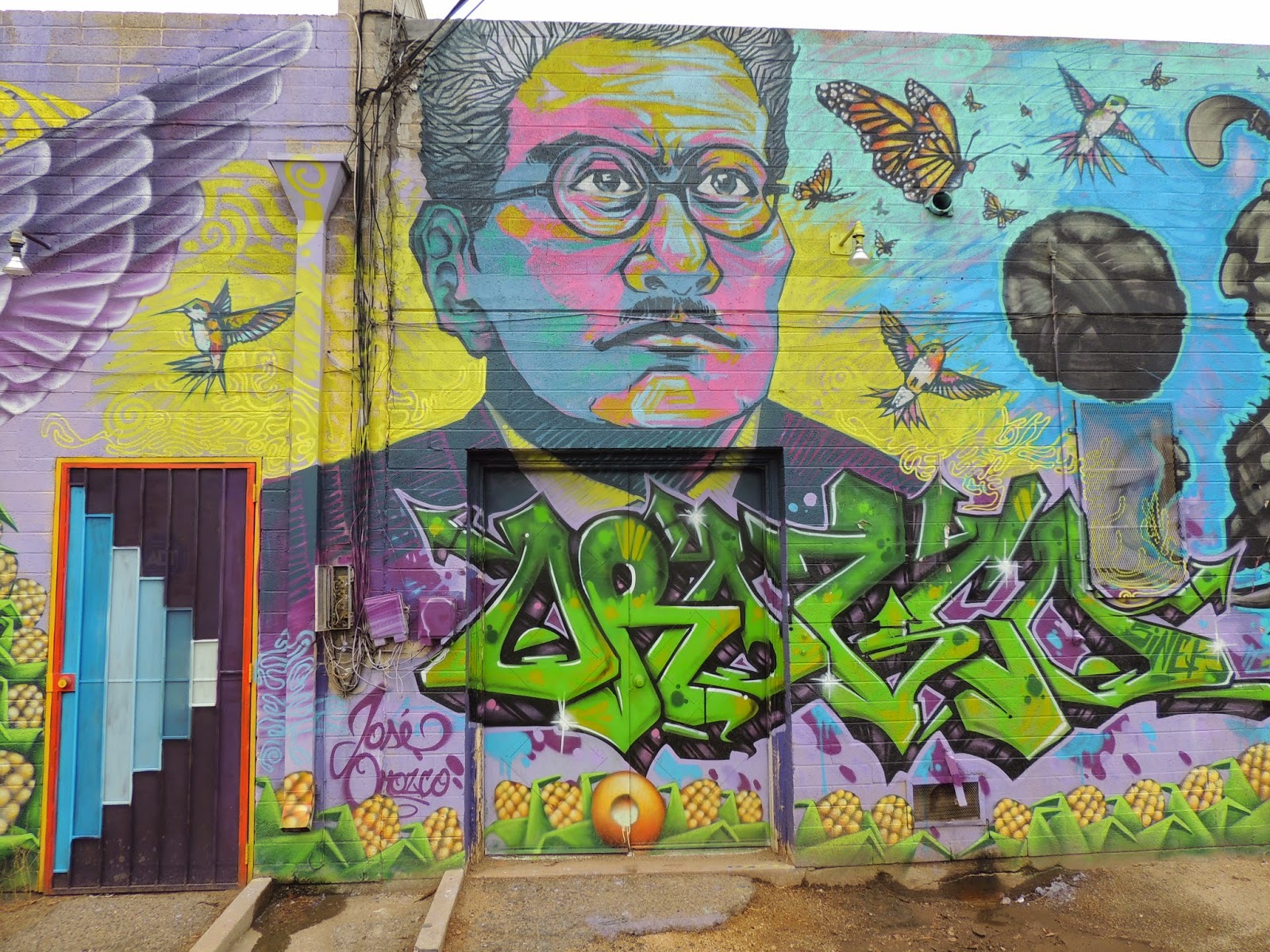 You might be asking yourself how this ties in with the theme of "worker."  Along with Diego Rivera, Orozco was one of the great Mexican muralist painters, and one of their recurrent themes was the life of Mexican workers and peasants.

I remember being quite surprised by the murals of Rivera in the Mexican Parliament building.   They promote the role of workers and contain scenes highly critical of government and the church.  They are far more political and ideological than would ever be allowed in the U.S. Capitol.

This week we are showing photos of a festival in Punahka, Bhutan, on our Viva la Voyage travel photo site.

To see how other City Daily Photo bloggers have interpreted the theme of "worker," please use this link.
Posted by Julie ScottsdaleDailyPhoto.com at 5:27 AM

I haven't been to Barrio Café in a while and I don't remember this mural. I'll look for it the next time I'm there.

The artist definitely is talented!

This is a most clever interpretation of the "worker" theme, Julie.

I love this image!
Please come link up at http://www.image-in-ing.blogspot.com/2014/12/summer-memories.html

Quite a striking mural!

Amazing mural. Not so sure how the graffiti fits in.

this is' an amazing 'article . i wish you're fun with my comment,maybe this blog will be a big blog someday i hope.thank you .