Photo: ARTrageous at the Scottsdale Center for the Arts 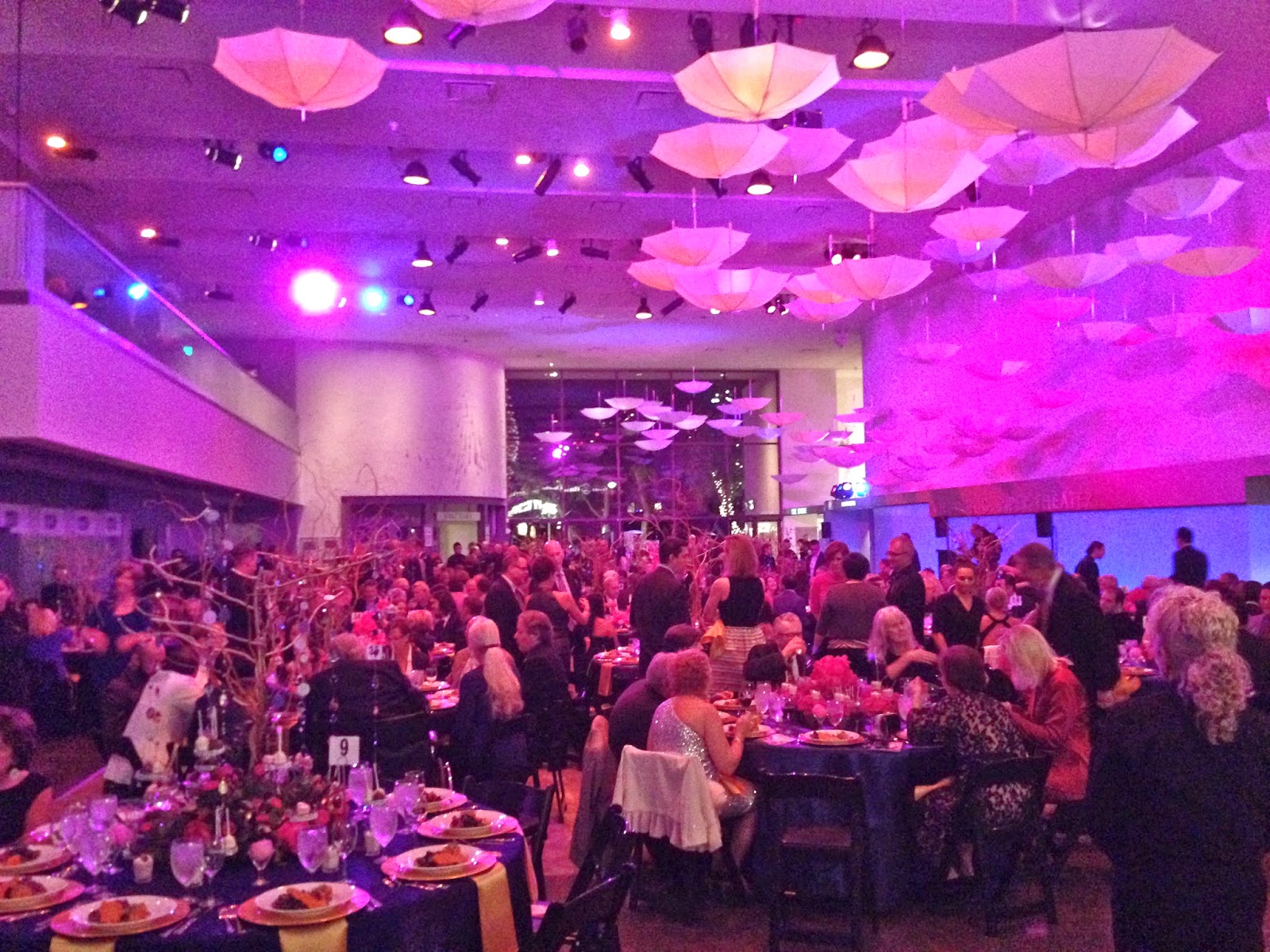 This is a photo of the dinner in the theater lobby.  It was a delightful event.  By coincidence, we were seated at a table where the woman sitting beside me went to the same high school in suburban St. Louis as my husband, both in the 1960's.  They had some of the same teachers and knew some of the same people.

Today is Sunday, so we have new photos posted on our Viva la Voyage travel photo site.  This week we are showing photos of Budapest, Hungary.
Posted by Julie ScottsdaleDailyPhoto.com at 8:31 AM

That dining room/lobby looked wonderful and it was fun seeing you at the concert. I do love, love, love Pink Martini.

Local lore has it that in St. Louis, when you meet someone, they always ask you where you went to high school. Neither Carolyn or I are from St. Louis and no one has ever asked us the question. Maybe we carry an alien aura.

"Scottsdale Daily Photo" has been included in our A Sunday Drive for this week. Be assured that we hope this helps to point even more new visitors in your direction.

What a great gathering!! I think you had enjoyed a lot in this event. I would love attending such kind of NYC events. Do you have any information about NYC events? Please let me know as these days I am free.

Was Pink there? Bad joke.

Usually, I never comment on blogs but your article is so convincing that I never stop myself to say something about it. You’re doing a great job Man. Best article I have ever read

Thank you for sharing with everyone. I know everything about you. It's great and it's great.