Photo: A stalk signaling the death of an agave; part 1 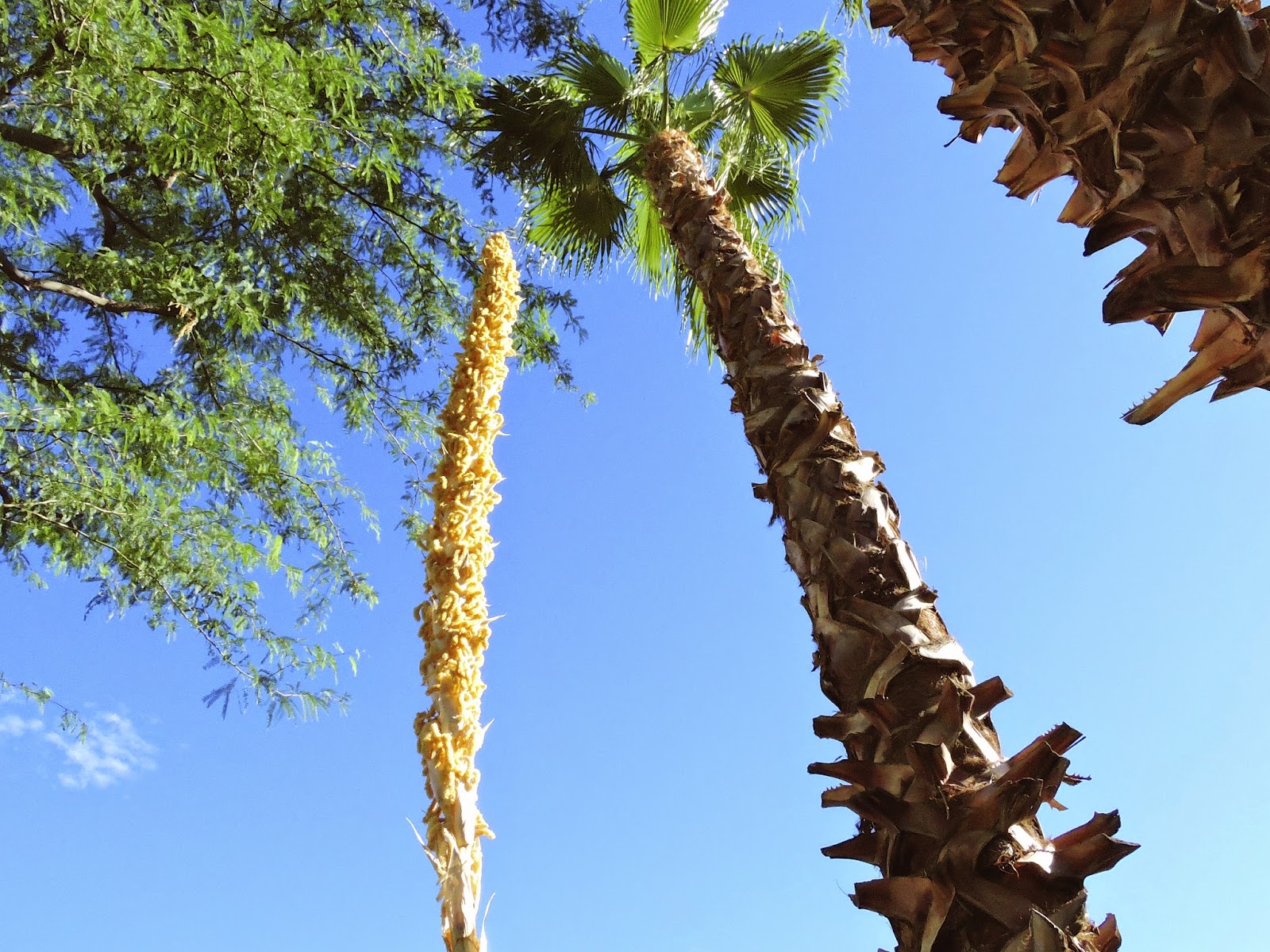 It is both sad and a source of wonder when one of the agave plants in our yard sends a stalk up to the sky, often ten times greater in height that the height of the plant.  It signals the beginning of the end for the agave, as it will die following the sprouting of its one stalk.

This stalk seems to be mimicking the palm tree under whose shadow the agave has lived for about a decade.

I have had to take a brief break from my Scottsdale Daily Photo posts for the past several weeks due to the press of work and travel.  I plan to be able to return to more frequent posts in the weeks ahead, including two more installments on the death of this agave.
Posted by Julie ScottsdaleDailyPhoto.com at 2:30 AM

It's a beautiful site with a sad ending.