Photo: The social scene at the Scottsdale Polo Championships 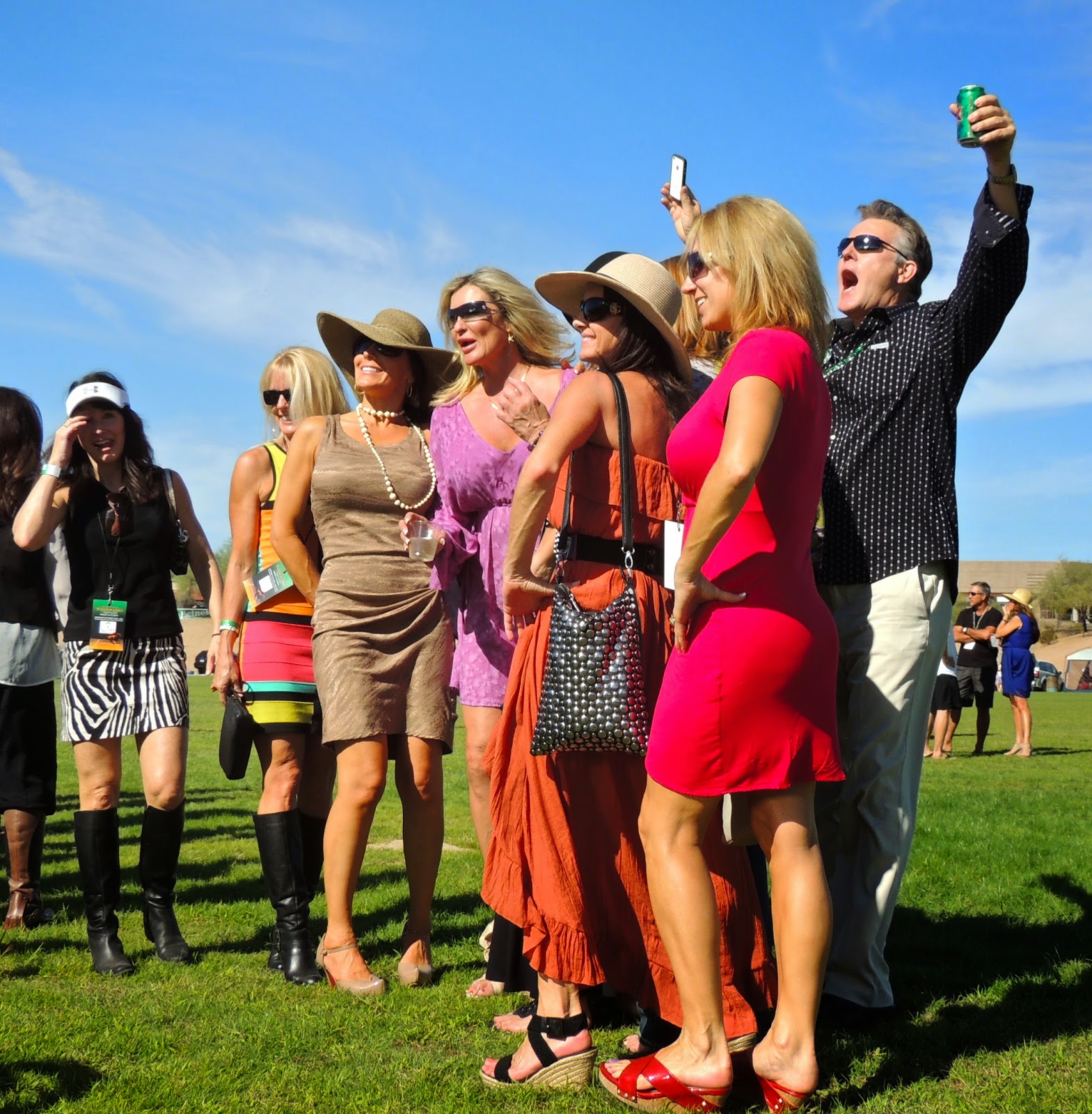 The Scottsdale Polo Championships, held this past weekend, are as much a social event as they are a polo match. When the event was first held 4 years ago, it attracted only a few thousand spectators.  The newspaper projected that this year 15,000 or so people will attend.

We have attended the Palermo Open Polo Championships in Buenos Aires, Argentina, several times while visiting my step son.  In what is the Super Bowl of polo, they fill a large stadium with matches in a tournament that lasts about a month.  It will be a long time, if ever, before polo develops in the USA to the level of Argentina, but it is fun activity at whatever level it is played and watched.

I do not dress up like the women in this photo when attending polo matches, but they look like they are having fun.  The guy in the back of the photo looks like he is having fun, too.

This week we have photos of the Dalmatian Coast of Croatia. posted on our Viva la Voyage travel photo site.
Posted by Julie ScottsdaleDailyPhoto.com at 6:05 AM

Wow they do dress up. Sort of a see and be seen event.

Julie, I am enjoying the scenery at this polo match even without having to dress up!!