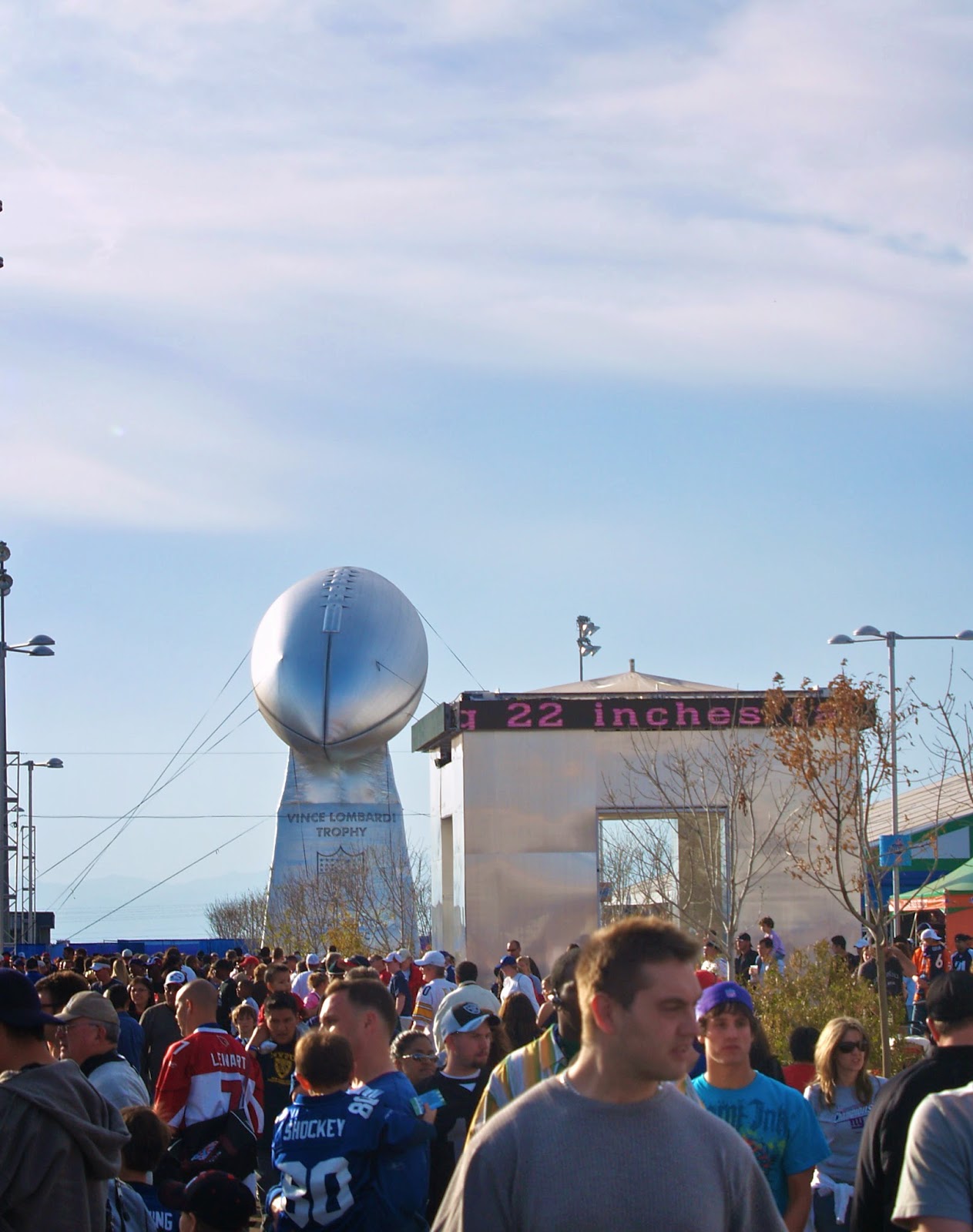 
I once went to a lecture at the Phoenix Art Museum on the history of Tiffany Silver.  It included a discussion of the Tiffany's design of the Super Bowl Trophy.

Here is a tangent.  My favorite part of the lecture was a story the Tiffany curator told about about a famous pair of silver vases that TIffany made.  They knew where one of the two vases was, but the second was lost and unknown despite the efforts to track it down.  It was later discovered in a location where thousands of people had seen it.  William Randolph Hearst's mother had the silver vase made into a lamp and it was in the front room of the Hearst Castle.