Photo: It's "Tito Time" at the Phoenix Symphony 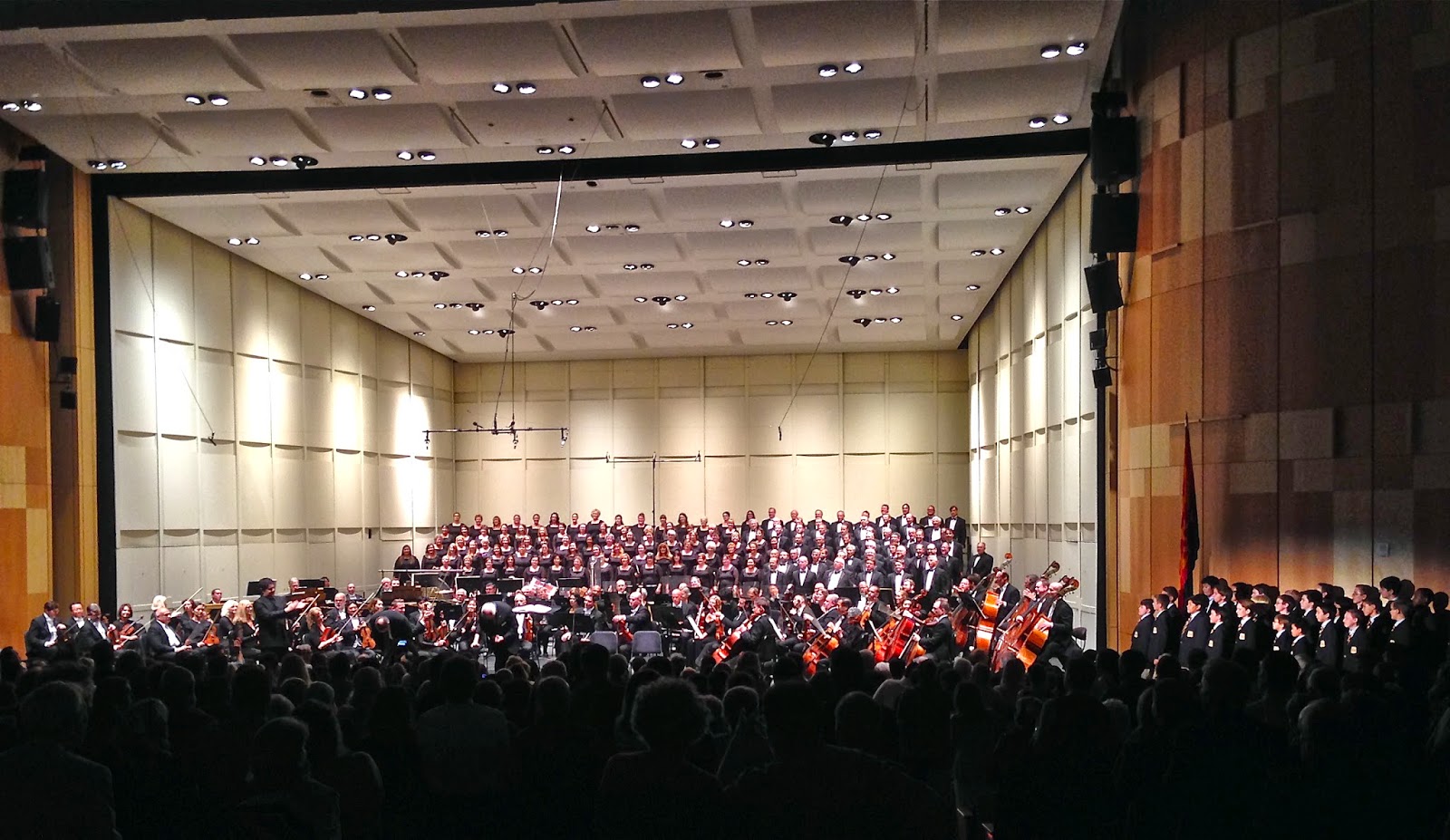 Last night was a special night in the Valley of the Sun.  The Phoenix Symphony opened its season and began a new era, as it was the first night of its new Virginia G. Piper Music Director -- Tito Munoz.

Maestro Munoz has been acclaimed as a rising star in the classical music world.  He is the 11th Music Director  in the 67 year history of the Phoenix Symphony.

Maestro Munoz is a native of New York City.  He interest in music was nurtured by his selection to participate in Julliard School's Music Advancement Program, and he then went on to attend the Fiorello LaGuardia School of Music & Art and the Performing Arts, and then the Aaron Copeland School of Music at Queens College.

This is a quick iPhone photo of one of the 4 curtain calls after a rousing performance of Carmina Burana.  The enthusiasm of the crowd and its appreciation for musical excellence is also reflected by the fact that they gave the Maestro and the orchestra a standing ovation not just at the end of the concert, but just before intermission, after the performance of Stravinsky's Firebird Suite.

My husband is the longest serving Board member of the Phoenix Symphony, and we are the sponsors of next Friday evening's concert.  I encourage everyone in the area to come out and enjoy, and support, the Symphony.

This week on our Viva la Voyage travel photo site we are showing photos of the Perito Moreno Glacier in the Patagonia region of Argentina.

Posted by Julie ScottsdaleDailyPhoto.com at 6:46 AM

I'm so sorry I missed this event. Firebird and Carmina Burana are two of my very favorites so I would have loved this one for sure. At least I know I'll get to be there next week for the concert you are sponsoring.