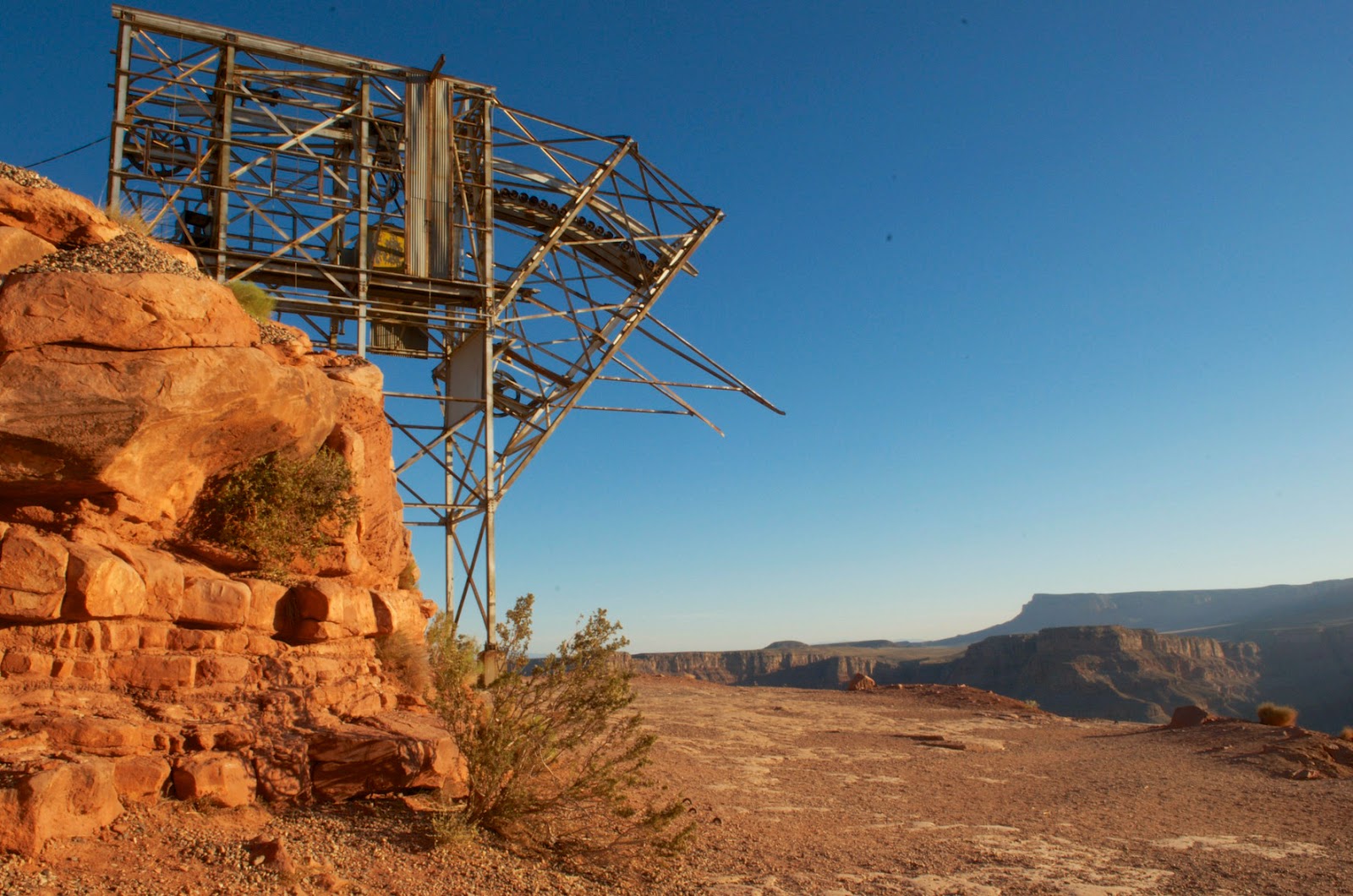 Today's worldwide Daily Photo theme for the first of the month is "Rust and Ruin."  I chose the rusting ruins of Guano Point at the Grand Canyon.

The history of Guano Point is fascinating.   In the 1930's a boater floating through the Grand Canyon discovered a bat cave 2,500 feet (760 m) below the rim.  In the 1950's a company decided to mine the estimated 100,000 tons of guano in the cave, which is used for fertilizer.

They built a tramway using 30,000 feet (9,100 m) of cable to haul the miners down and the guano up.  They had to replace large portions of the cable twice in its first year of operation, once due to a construction accident and because the original steel cable wore out after only a few months.

There at one time were plans to remove the ruins of the tramway, but people protested and saved this remnant of recent history.  Guano Point is now a tourist stop on the visitor buses at Grand Canyon West, where the Skywalk is located, operated by the Hualapai native peoples.

This week with have photos of Ethiopia posted on our Viva la Voyage travel photo site.

To see how other City Daily Photo bloggers have interpreted the Rust and Ruin theme, please use this link.
Posted by Julie ScottsdaleDailyPhoto.com at 2:30 AM

That is a bit of history I didn't know.