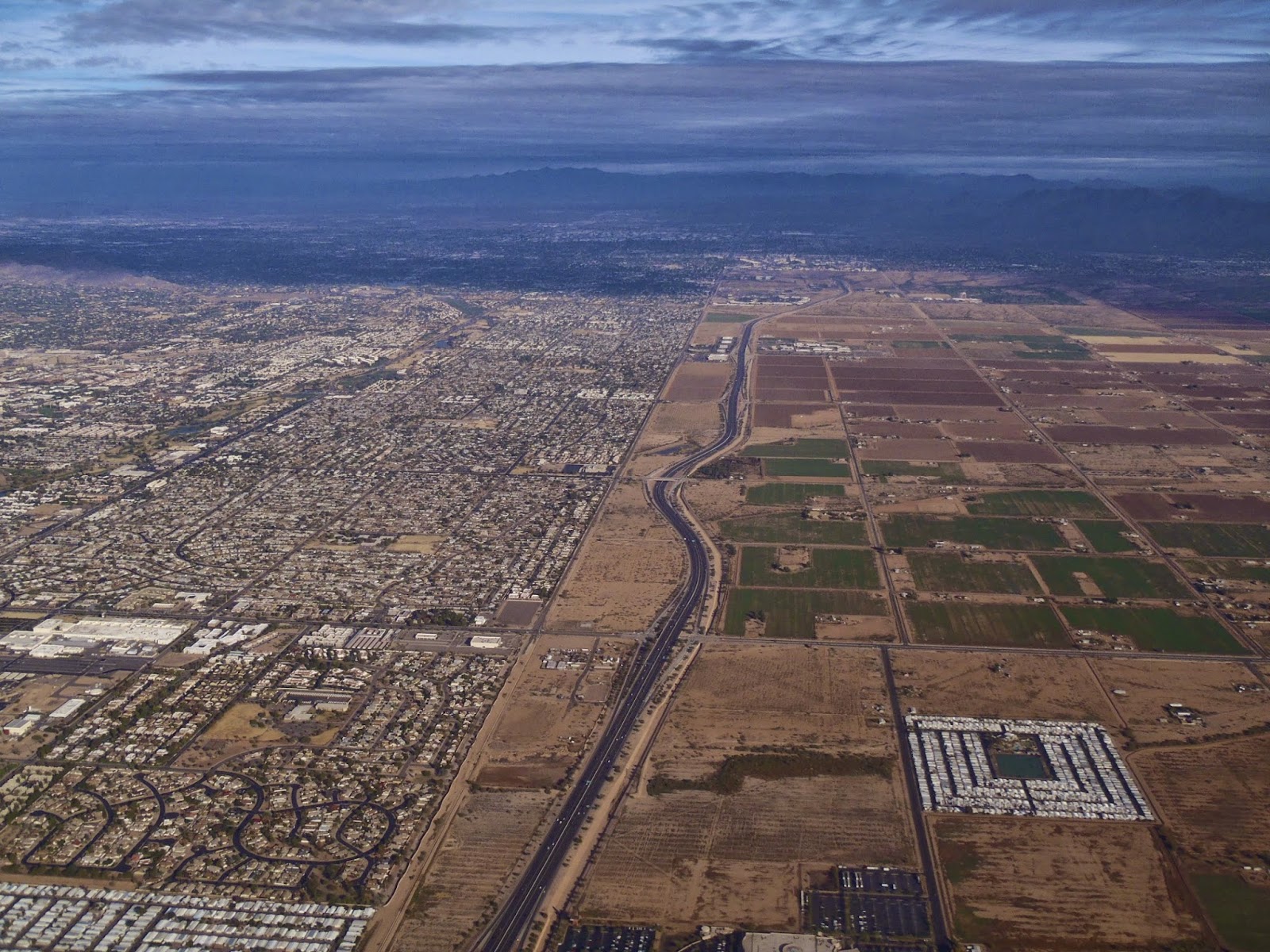 This photo shows the difference in land use between urban Scottsdale, on the left, and the agricultural lands of the Salt River Pima Maricopa Indian Community that borders central Scottsdale on the east.

The border between Scottsdale and the tribal lands (I do not use the R-word, as it does not show proper respect for Native Americans) is Pima Road, just to the left of the 101 Freeway.

Back in the 1980's the Native American community was justifiably upset that the City had knows for a long time that there were plans to build a freeway, but the City allowed houses to be built right up next to Pima Road so that it would be too expensive to clear the right of way if Pima Road was the location for the freeway.  The tribal leaders resented that the City just assumed that tribal lands would be take for the freeway.

So, the lease for Pima Road the use of tribal lands for the northbound lane of Pima Road expired and the tribe refused to renew the lease.  Half of the road had to be closed.

The tribe then got an acceptable deal for their lands that were used for the freeway, and the have since developed significant revenue sources with the enhanced land values due to proximity to the freeway.   There are several shopping centers, office buildings, the Spring training facilities and stadium for the Arizona Diamondbacks and Colorado Rockies, and more.

And of course none of the sales tax revenue from those facilities goes to Scottsdale because the facilities are located on tribal lands, outside the city limits.

This week on our Viva la Voyage travel photo site we are showing some underwater photos from the Sea of Cortez, including several photos of sea lions swimming underwater with us.
Posted by Julie ScottsdaleDailyPhoto.com at 2:30 AM

The new Butterfly Wonderland is also on Tribal lands.