Photo: Central Scottsdale from the air 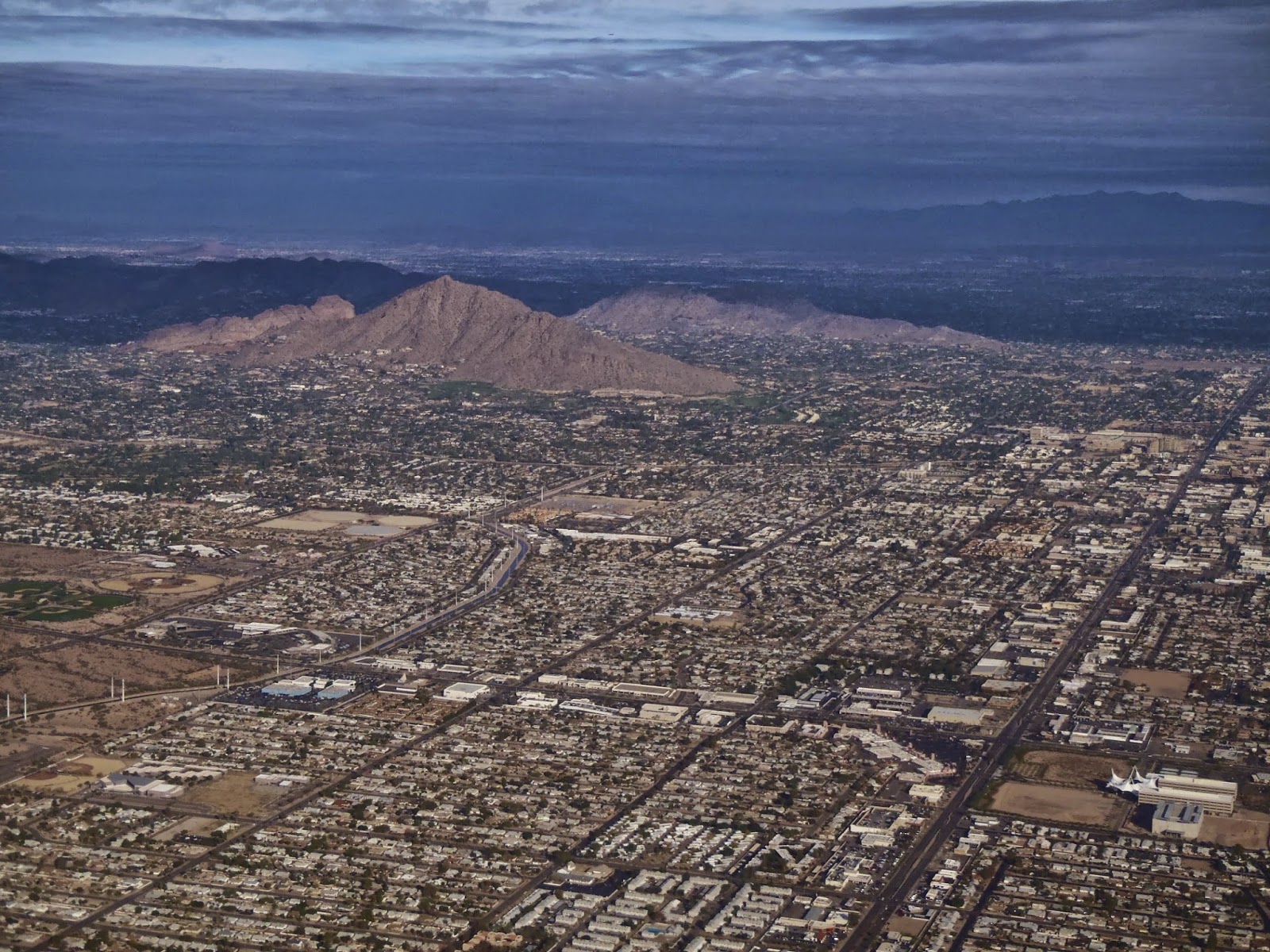 Continuing with this little series of photos from our airliner as it left Phoenix's Sky Harbor airport heading east, this is a photo of central Scottsdale, looking north.  Here are some of the things you can see.

In the lower right is Sky Song, the research park owned by Arizona State University.  Extending west is the stretch of McDowell Road known as the "motor mile" because of the many car dealerships, which are the larger buildings across the lower middle of this photo.  Many of them are now closed, victims of the recession, consolidation of auto brands, and large newer dealerships in north Scottsdale.

At the far left edge are the baseball fields where the Oakland A's do their Spring Training.  That is also the side of a former prisoner of war camp for Germans during World War II.  At the center right is downtown Scottsdale, usually called Old Town.  "Old" in Scottsdale means 1950's and 60's.  Scottsdale Fashion Square and the Waterfront is just north of downtown.

Camelback Mountain is still prominent in this view, and the Phoenecian Resort is visible near the right base of Camelback.  Beyond Camelback is Mummy Mountain, and the area between Camelback and Mummy Mountains is the heart of Paradise Valley.

Today is Sunday, so we have new photos posted on our Viva la Voyage travel photo site.  This week we are showing some underwater photos from the Sea of Cortez, including several photos of sea lions swimming underwater with us.
Posted by Julie ScottsdaleDailyPhoto.com at 2:30 AM

I like these aerial photos. Our house is one of the dots dots beyond central Scottsdale in this photo.

Another great shot. You must have had a window seat for this flight.