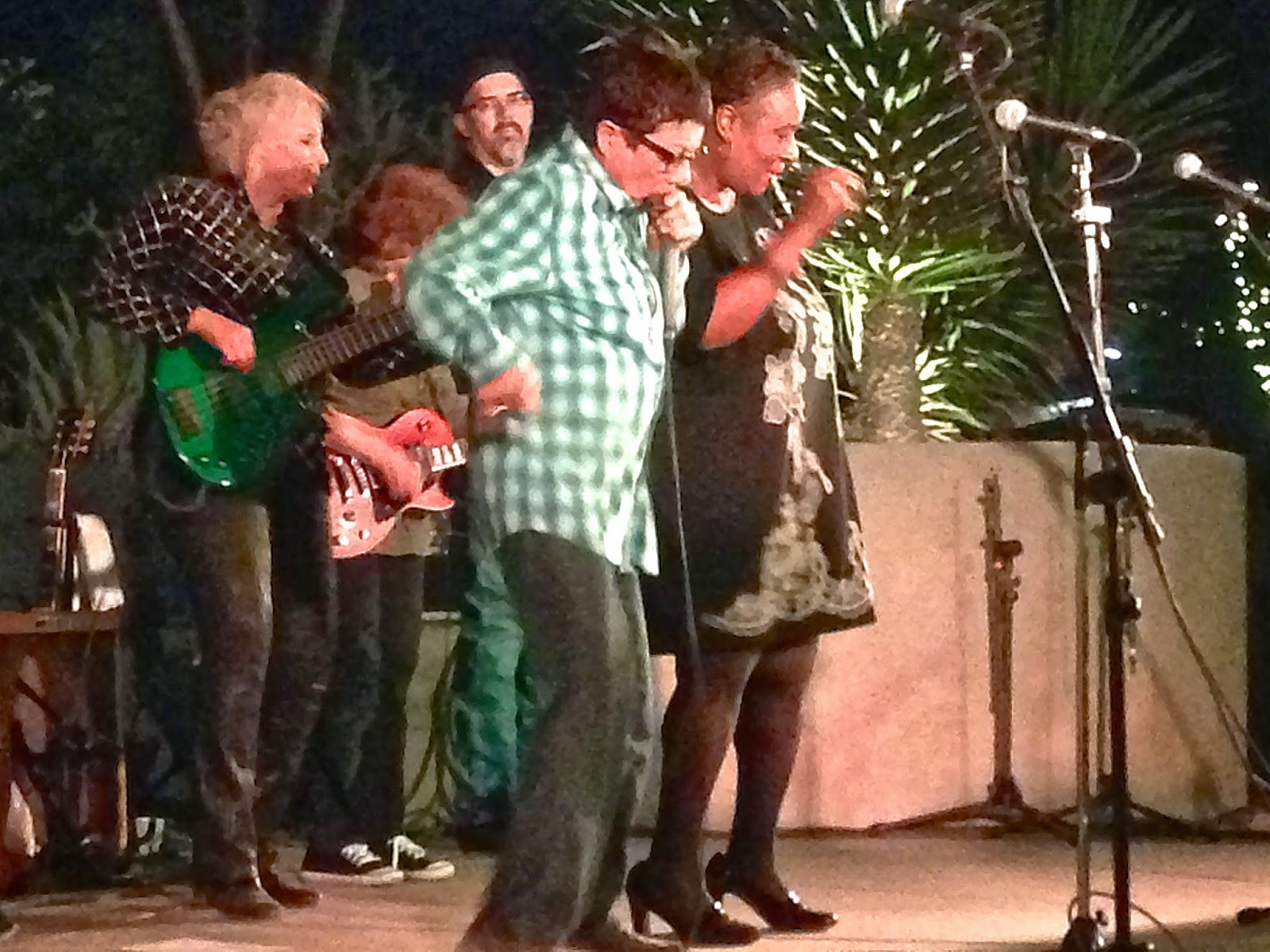 We enjoy the Friday night "Music in the Garden" series at the Desert Botanical Garden.  Last Friday's band was the Del Rayz, which is comprised of many of the members of the former band Sistah Blue, which was an award-winning blues band.  Last Friday several of the former members flew back to Phoenix to perform.

The top photo shows part of the band during a number.  After the concert the band posed for a photo in front of the stage, and we poached a quick iPhone photo to take advantage of the pose. 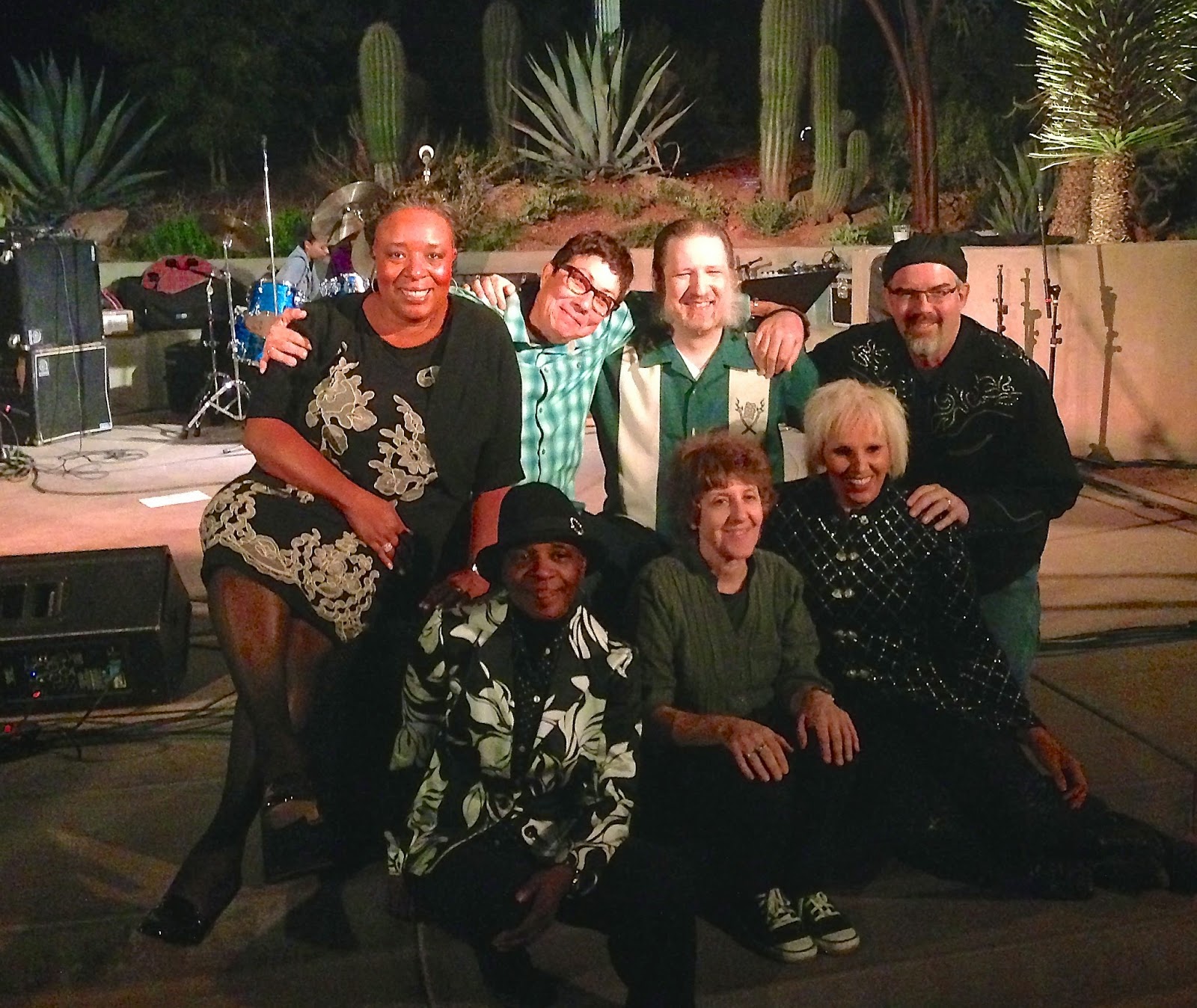 They recorded the concert, so perhaps a recording will be available in the future.  I already have one of their CDs in my car.

The Music in the Garden series is a cabaret format, with food and drinks available to enjoy during the concerts.

Today is Sunday, so we have new photos posted on our Viva la Voyage travel photo site.  This week we are showing photos of the Trinity College Library in Dublin, Ireland.

Posted by Julie ScottsdaleDailyPhoto.com at 2:30 AM

This must have been a jamming good time!

That must have been a fun evening.

The DBG Friday night concert series is a great way to end the work week.

This was really a good time!