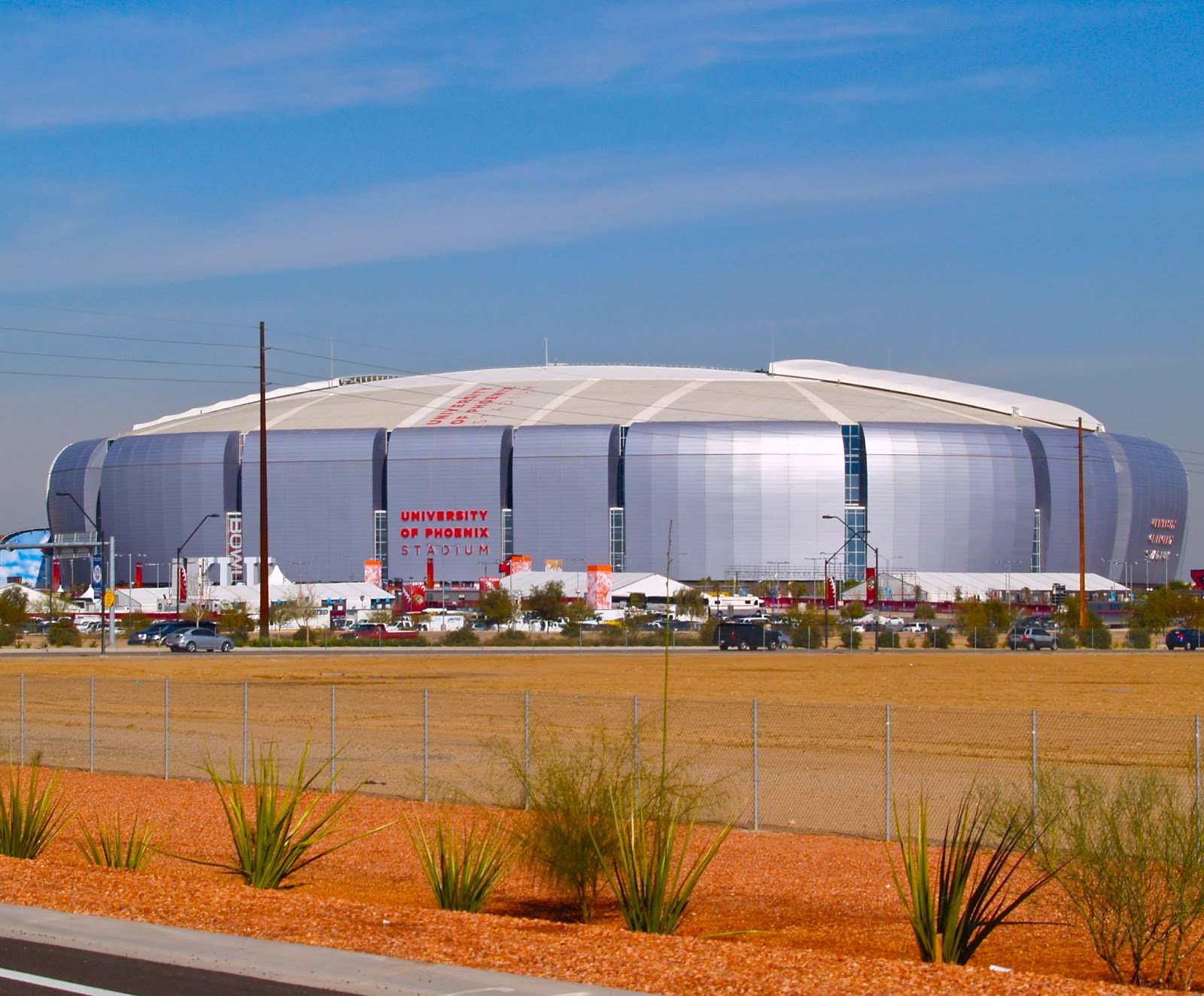 This is a photo from the car approaching the stadium where the Super Bowl was played in 2008, and where it will be played again in early 2015.

The tents in the foreground are the location of the NFL Fan Experience, which Stuart attended and took some photos, including this one.

I remember seeing the buses they used the haul the guests from the resorts in Scottsdale over to the stadium. Lots of buses!