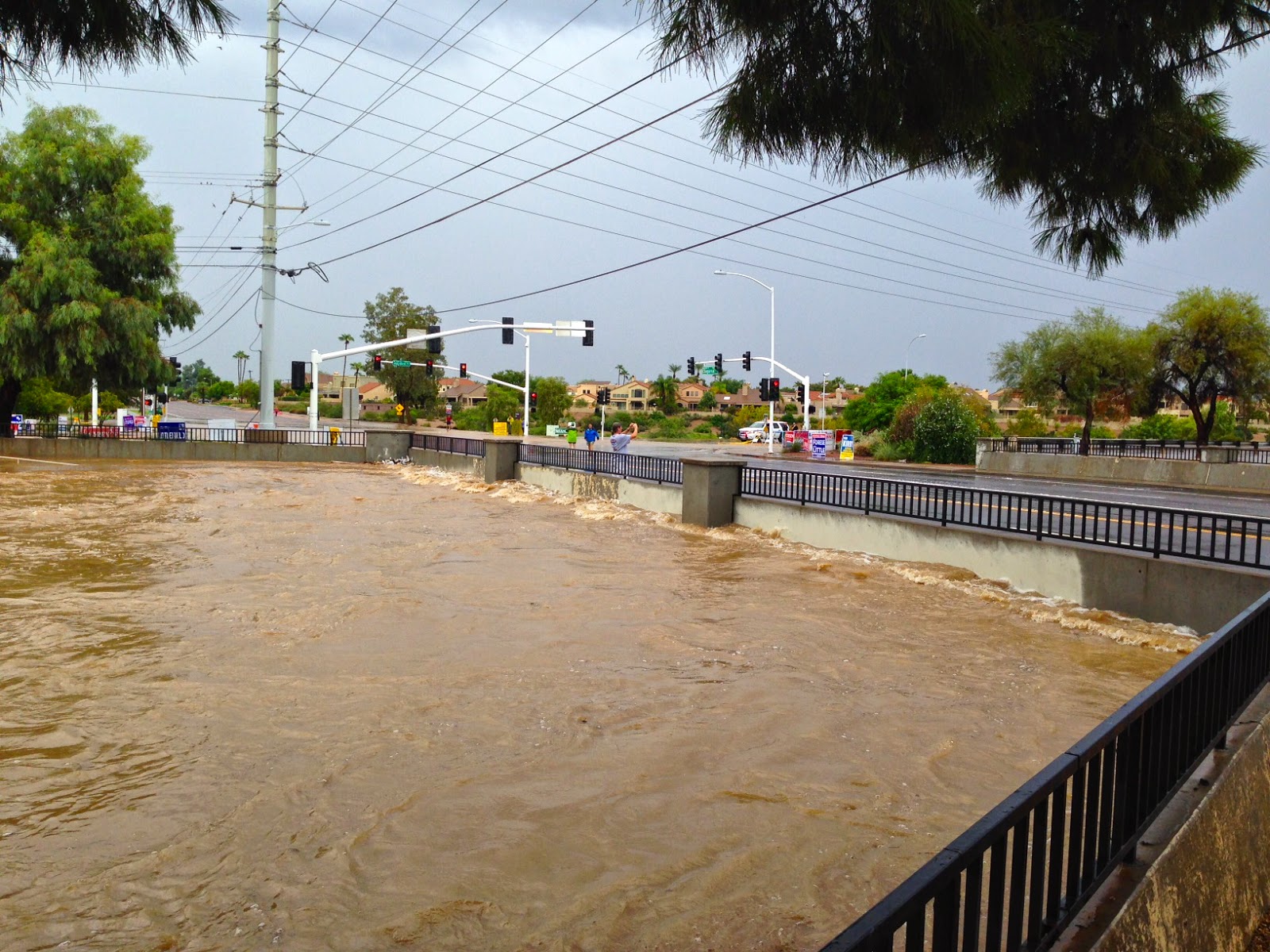 Yesterday morning in the span of about 6 hours the official rainfall at Phoenix Sky Harbor Airport was 3.29 inches (8.36 cm), which broke an all time record for rainfall in one day.  Some rain gauges in the area, including Scottsdale, recorded more than 4 inches of rain.

Before yesterday we had received only 2.14 inches of rain all year.  The surface streets had so much rain runoff that both Interstate Highways that travel through the area were closed because the underpasses temporarily turned into small lakes.

This is a cell phone photo that my mother took of the Indian Bend Wash at Hayden and Chaparral Roads.  What you see here is the water hitting the base of a bridge.  Normally people walk and ride bicycles under this bridge.  The bridge yesterday morning acted like a dam, but it held, as Indian Bend Wash did its job in providing a green belt for the storm water to flow until it recedes.

I had intended to post a photo today that follows up on the odd photo I posted yesterday, but I will delay that for a couple of days.  Tomorrow I will show a photo of what the weather looked like yesterday afternoon, on the day of the all-time record rainfall in Phoenix/Scottsdale.

This week we have photos from a festival in Punahka, Bhutan, in the Himalayas posted on our Viva la Voyage travel photo site.
Posted by Julie ScottsdaleDailyPhoto.com at 2:30 AM

we see new rekords every month... climate is really changing...
here in italy, most rainy summer of ever.. (far away worse summer weather)...

this is really worring us..

It was a wild and crazy day yesterday!