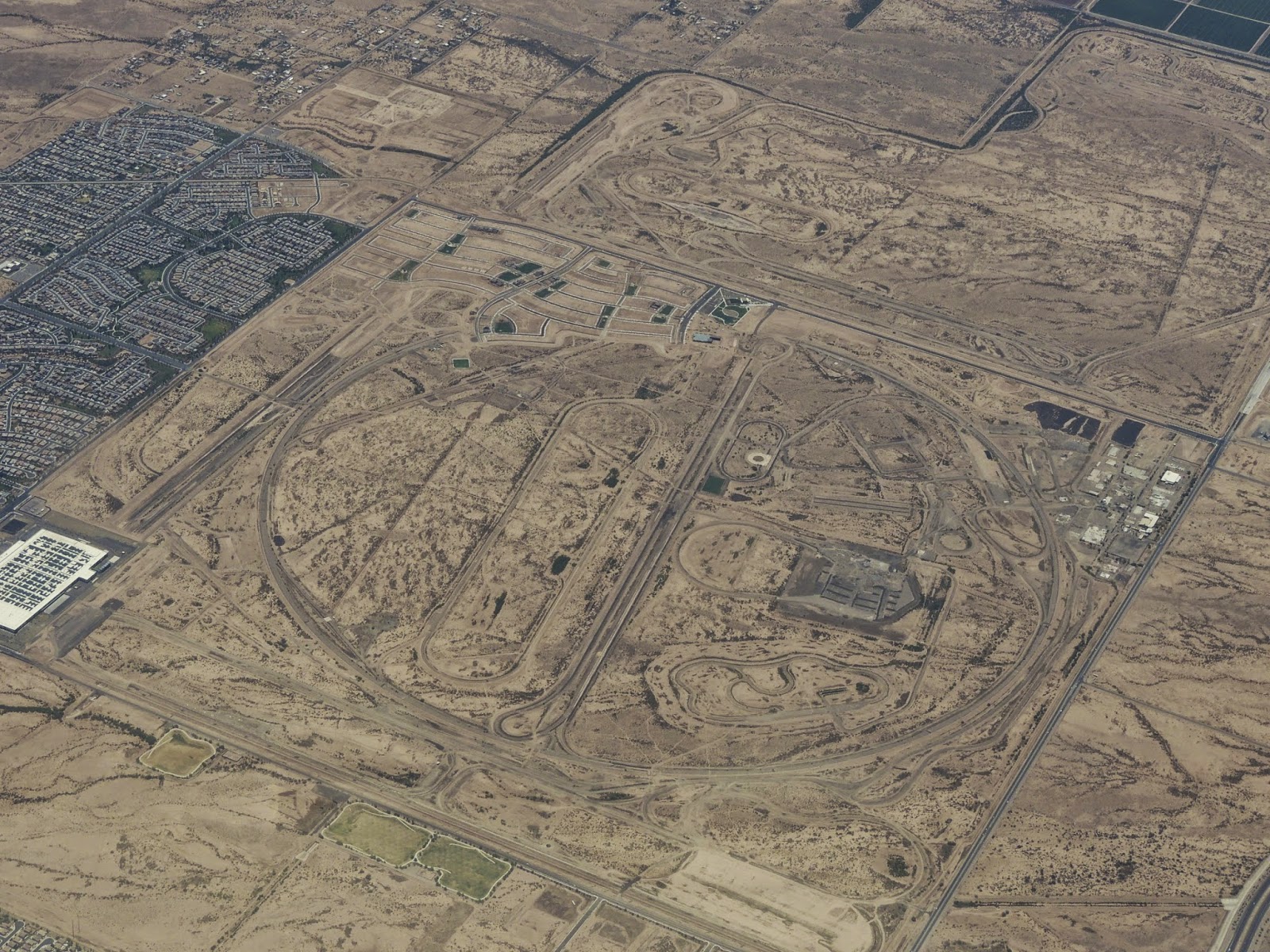 I think this is a photo of the former General Motors Proving Ground in Mesa.  I make that assessment because there is a pattern in the desert soil that looks like a large round track.

General Motors closed the facility about a decade or so ago.  They used to test their production cars and their developmental concept cars here.

When it operated as a test track, there was a large berm an fence around the facility so that people could not see what cars were inside.

With the closure of the GM Proving Grounds, home developers have their eye on this area.  Some of the new home developments are visible on the left of this photo.

This week we have photos of the Dalmatian Coast of Croatia posted on our Viva la Voyage travel photo site.
Posted by Julie ScottsdaleDailyPhoto.com at 7:29 AM

It looks like the place is fading from the map.

I am surprised the land has not been used for such along time.