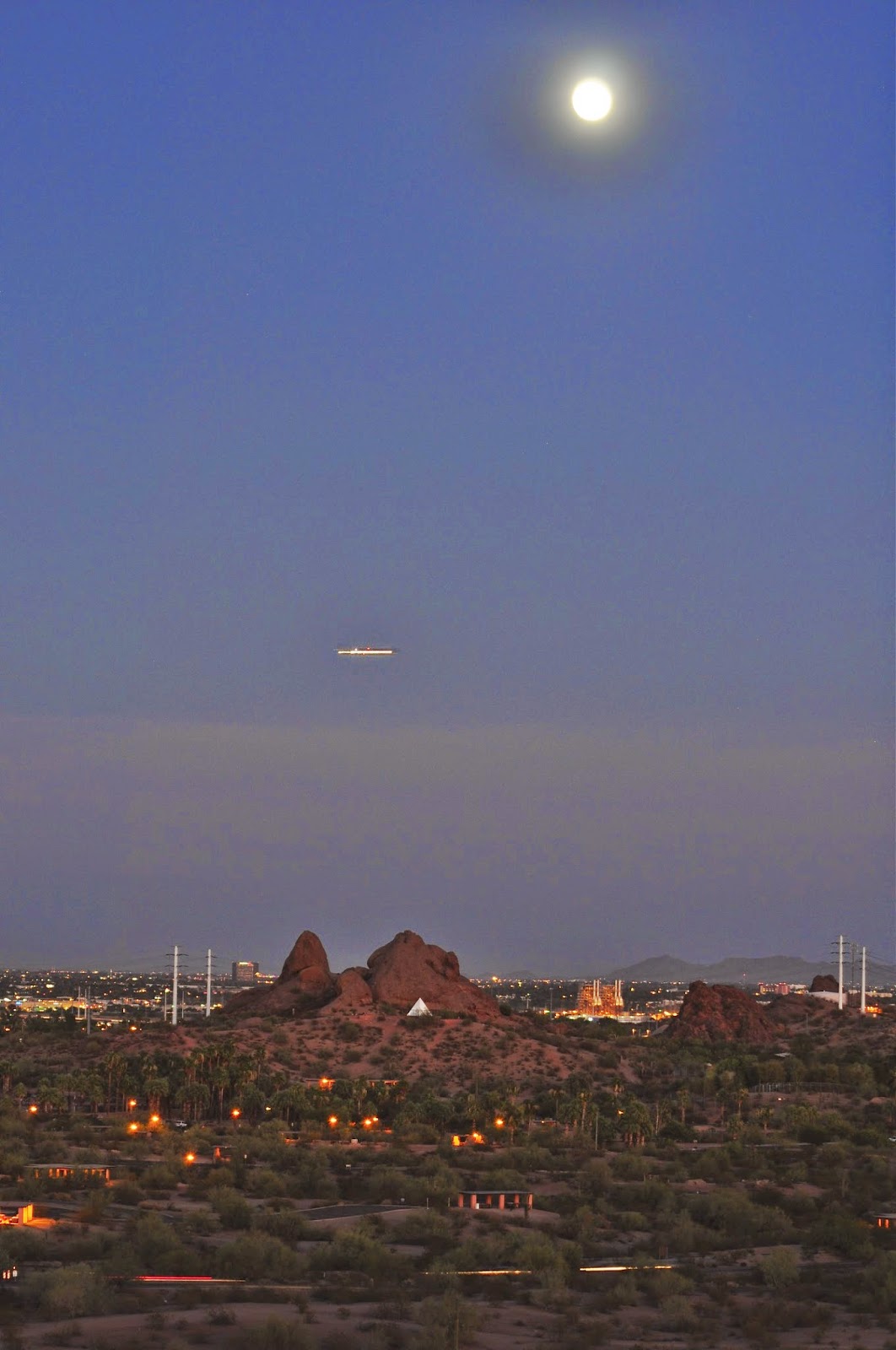 I showed some photos of Papago Park from the air a few days ago.  THis is Papago Park looking from the western butte  towards the eastern butte.  The streak of a plane coming in for a landing at Sky Harbor airport is in the center.

At the base of the butte is a small white triangle, which the tomb of the first Governor of Arizona, George W.P. Hunt. The light in the distance is the Ocotillo power plant in Tempe, near Arizona State University.  Apparently they do not need the plant much longer, as it is scheduled to be demolished in the future.

This week we are showing some underwater photos from the Sea of Cortez on our Viva la Voyage travel photo site, including several photos of sea lions swimming underwater with us.
Posted by Julie ScottsdaleDailyPhoto.com at 2:30 AM

Nice shot. I didn't know the power plant was going to be demolished. It's been there as long as I can remember.