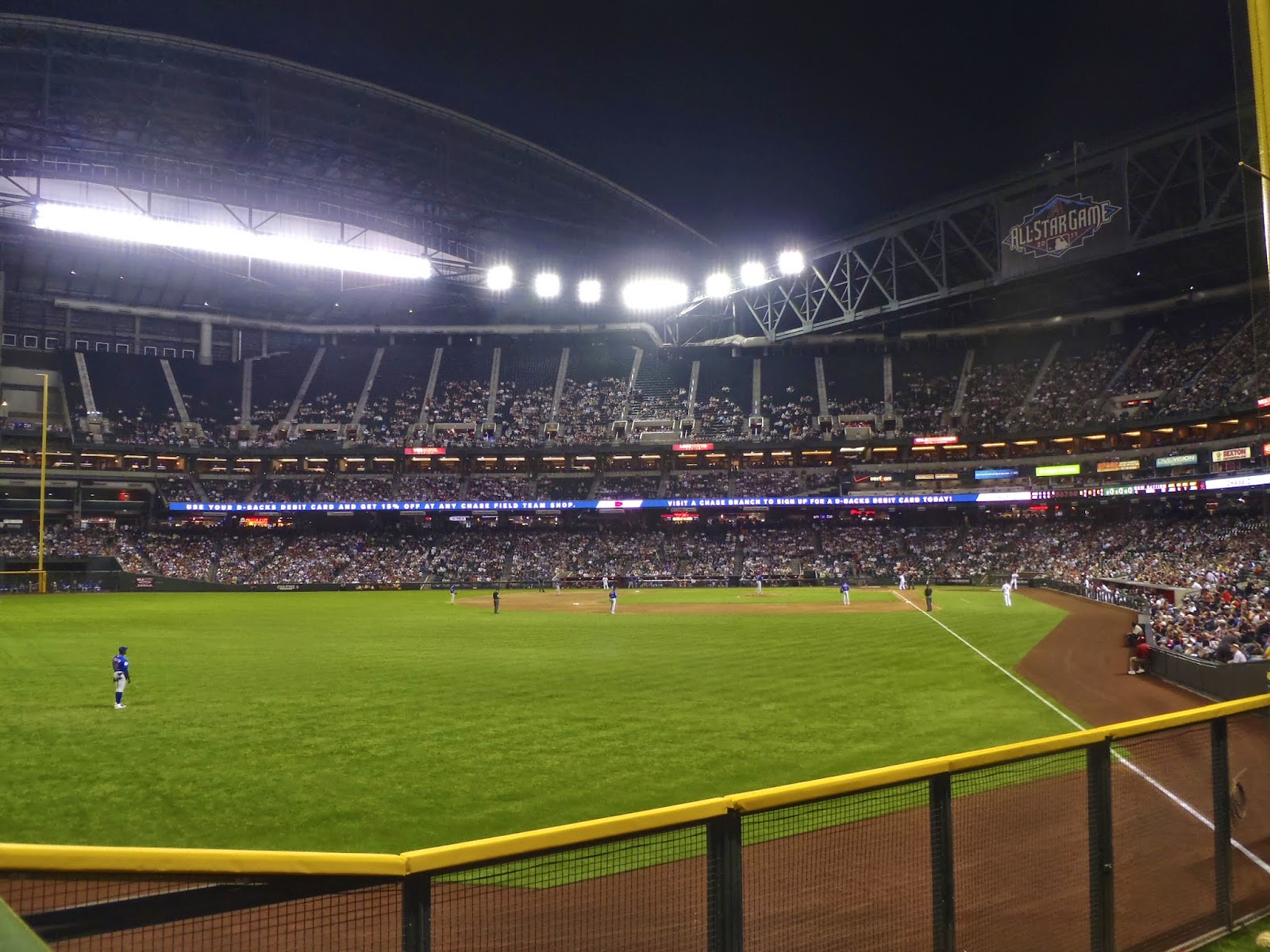 Chase Field is the home of the Arizona Diamondbacks Major League Baseball team.

It used to the called Bank One Ballpark, of  BOB. I liked the old name better, but changing names for stadiums is something that happens with corporate sponsorships for the name of the stadium.  Bank One became Chase Bank, so the stadium changed names.

Similarly, the Phoenix Suns play in what used to be America West Arena but is now US Airways Arena.  With the merger of US Airways and American Airlines, I assume it will change its name again, but there are already basketball arenas named for American Airlines in Miami and Dallas.

This week we have photos from our cruise in Mexico's Sea of Cortez posted on our Viva la Voyage travel photo site.
Posted by Julie ScottsdaleDailyPhoto.com at 2:30 AM