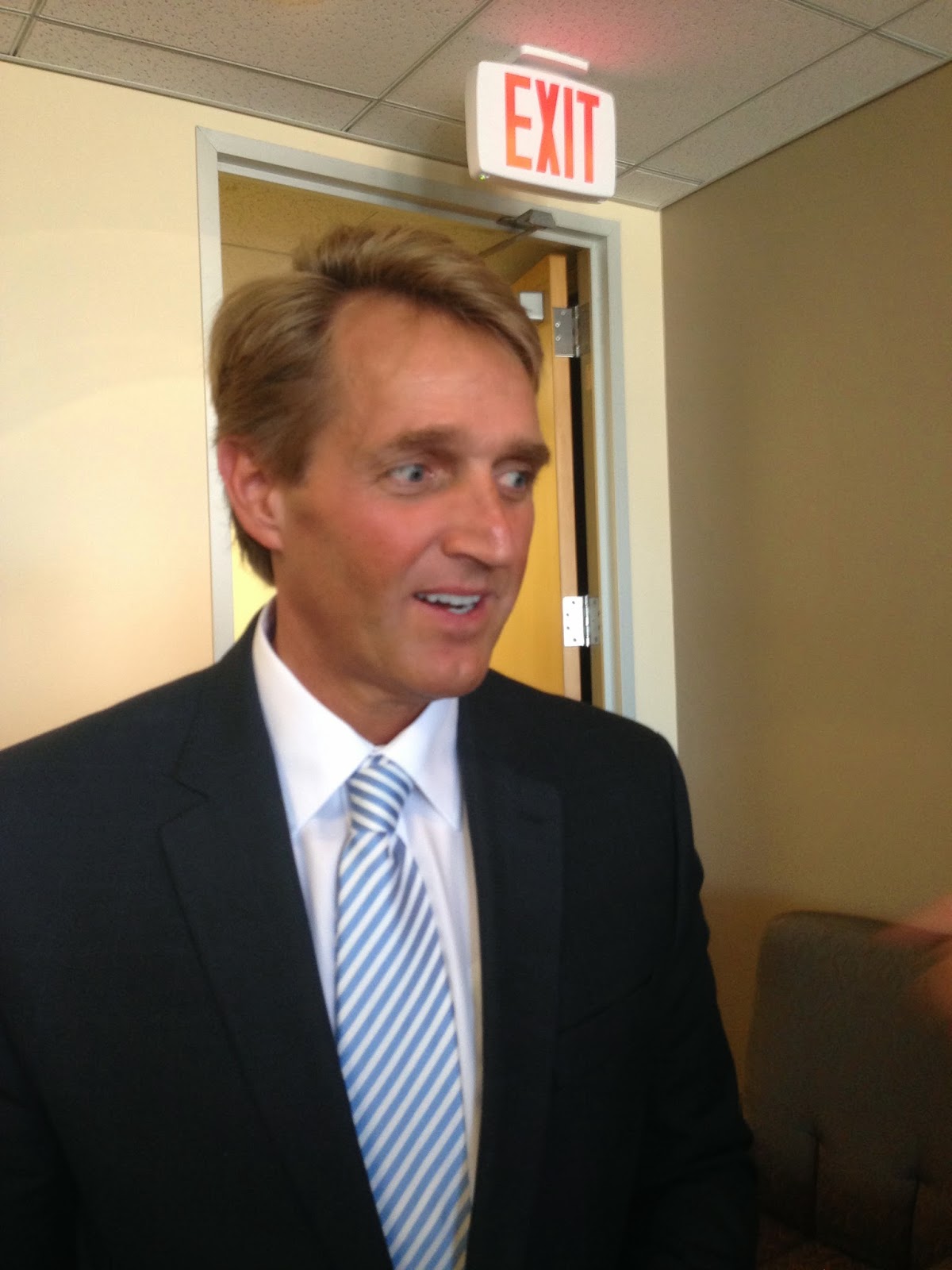 Arizona's junior U.S. Senator is Jeff Flake.  He was elected in 2012 to replace retiring Senator Jon Kyl and to serve along with Arizona's senior Senator, John McCain.  My husband, David, took this quick iPhone photo about a week ago after Senator Flake met with the Arizona Chamber of Commerce and Industry.

Senator Flake is very thoughtful.  He also has a quick, charming and self-deprecating sense of humor.  His family has deep roots in Arizona.  The town of Snowflake up on the Mogollon Rim in northeastern was named after the Snow family and the Flake family.

As with many ranching families whose ancestors settled in northeastern Arizona in the late 1800's, my family is distantly related to the Flake family.  The same is true with the Udall family, which has contributed distinguished public servants to Arizona and the nation, such as former Congressman and Presidential candidate Morris Udall and his brother, former Secretary of the Interior Stewart Udall.

This week we have photos of the Trinity College Library in Dublin, Ireland posted on our Viva la Voyage travel photo site.

Posted by Julie ScottsdaleDailyPhoto.com at 2:30 AM

I'm impressed when family members who have deep roots in a community elect to perform public service.

I remember when we ran into him at a restaurant in Washington DC when we were there a few years ago. He also just recently did guest appearance on the NPR show "Wait, Wait Don't Tell Me" and he was quite funny.