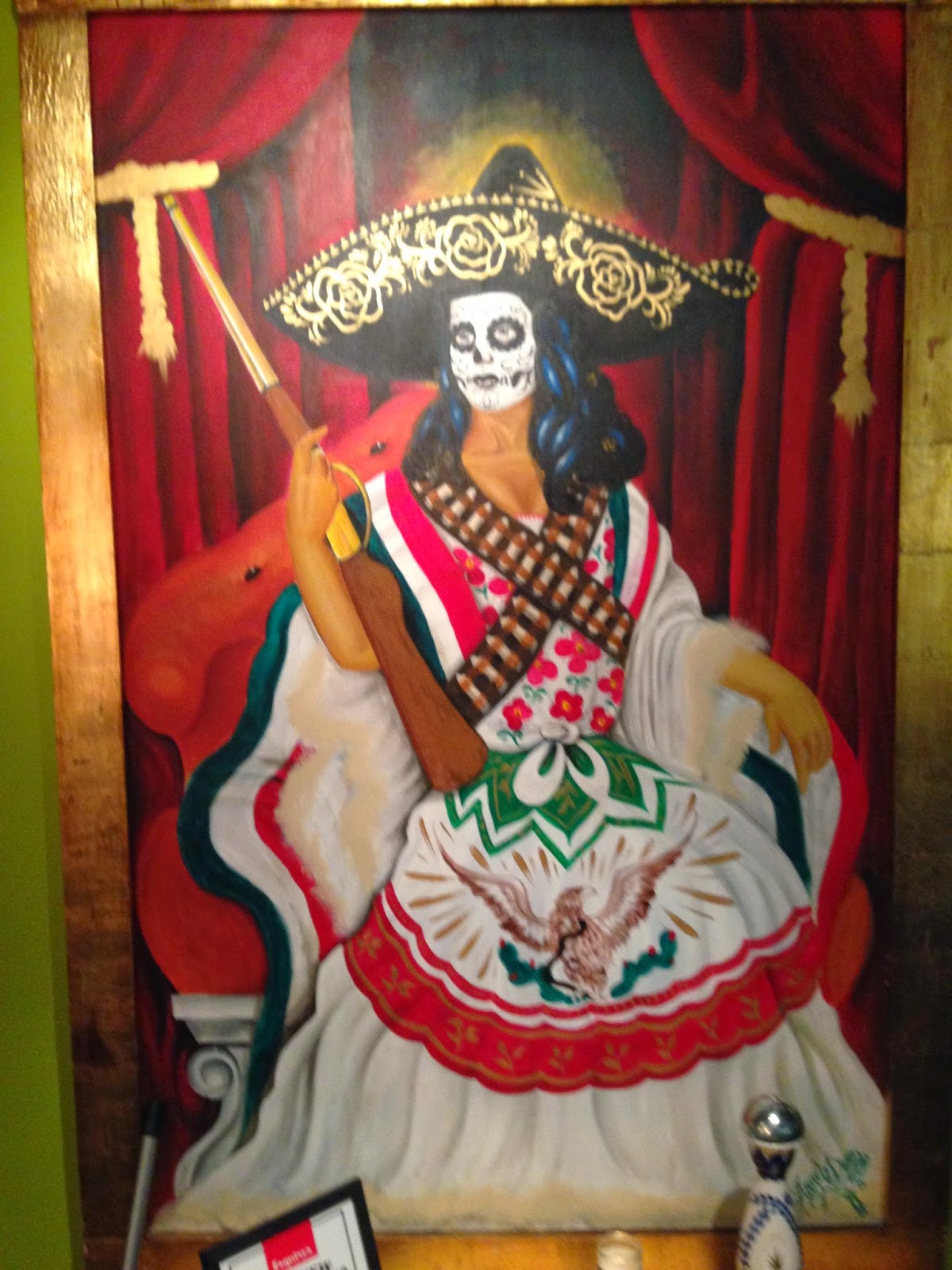 Bario Queen is a fairly new restaurant in the Scottsdale Waterfront Project.  It is owned by the same chef who owns the wildly popular but very small Barrio Cafe in Phoenix, which now also has a branch inside Phoenix Sky Harbor Airport.

This is an iPhone photo of a painting that shows the logo of Barrio Queen.  As its name implies, it is a Mexican Restaurant, as is also evident from the logo.  This looks like a dis de los muertos tribute to a deceased ancestor who apparently liked to exercise Second Amendment rights.

This week we have photos of the Galapagos Islands posted on our Viva la Voyage travel photo site.
Posted by Julie ScottsdaleDailyPhoto.com at 2:30 AM

The Arizona burrito, my favorite dish on the menu.

I think some people do not understand the love that is expressed in Day of the Dead figures and instead associate them with begin scary because of the skulls and our tradition of Halloween.

She is armed and ready for whatever!

"Scottsdale Daily Photo" has been included in Tuesday's Sites To See for this week. Be assured that I hope this helps to point many new visitors in your direction.