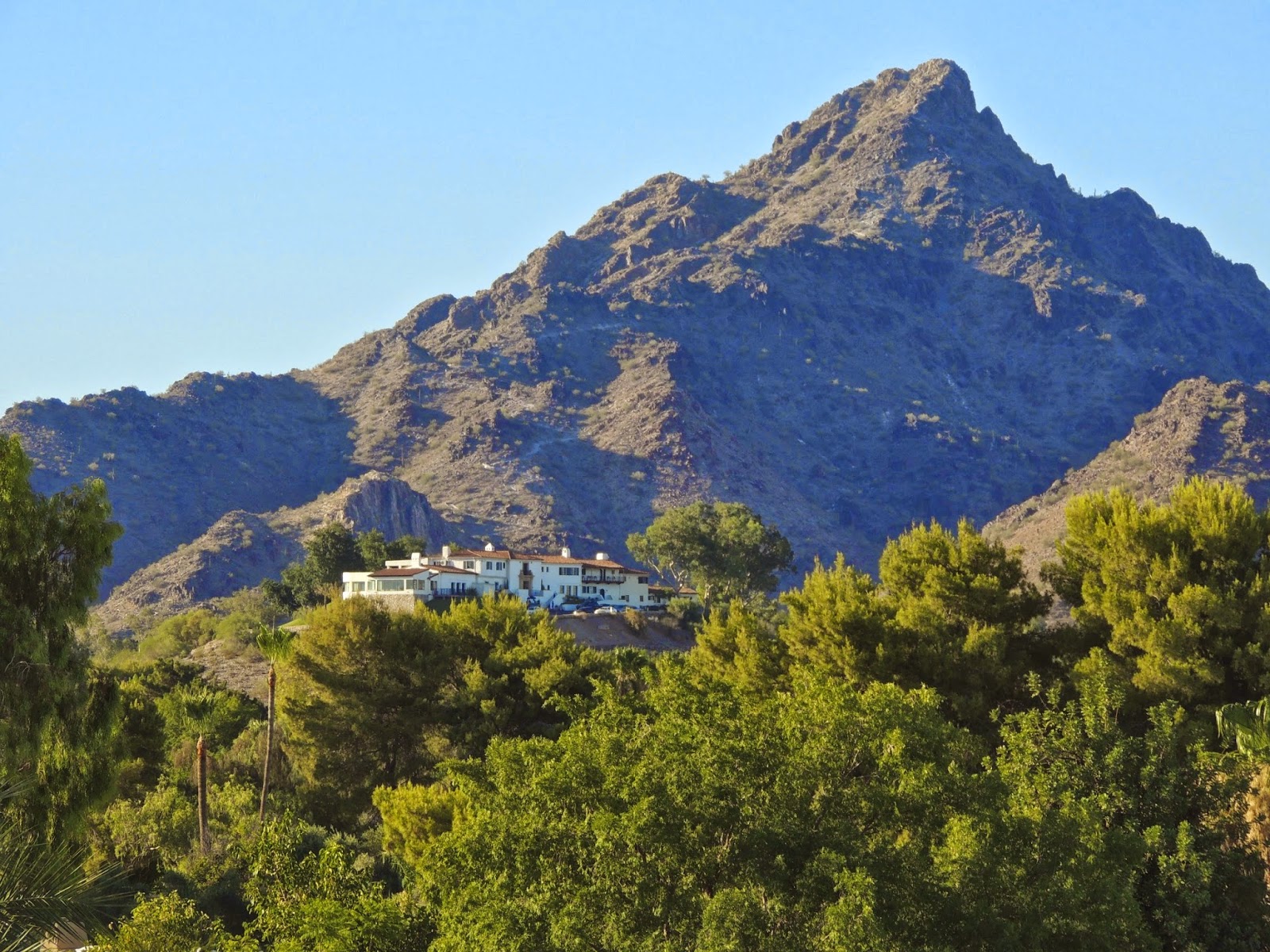 This is a wider view of the location of the Wrigley Mansion near the Arizona Biltmore Hotel.  This shows how the mansion is located on a knoll in front of Piestewa Peak, with a view across the Valley of the Sun.

The Wrigley family lived primarily in Chicago, but they spent time in 5 other homes, including Phoenix and Catalina Island, nearly all of which they owned.  Mrs. Wrigley would buy 6 pairs of identical shoes so she would have a pair in each house.

When Western Savings and Loan bought the Wrigley Mansion and did a major renovation in the 1980's they had to install air conditioning.  The Wrigleys understandably used the house only in the winter.  The intervening owners were not able to keep the mansion well maintained and during the renovation they discovered that chandeliers that they fought were wrought iron were actually brass.

Piestewa Peak is named after Lori Ann Piestewa, an Arizonan who was the first Native American female member of the U.S. military to die in combat and the first U.S. servicewoman to die during the Iraq War.  There is a popular hiking trail to its summit, which at 2,612 feet (796 m.) is the second highest mountain in the Phoenix (behind Camelback).

This week we are showing photos of the Sydney Opera House  on our Viva la Voyage travel photo site.
Posted by Julie ScottsdaleDailyPhoto.com at 2:30 AM

Great shot showing the scene from a distance.

They did a great job in renovating the mansion.

I haven't been there in a long time. I will have to check it out.

The mansion has a perfect location.