Photo: Removing the Tarp to Reveal an Unplayable Field 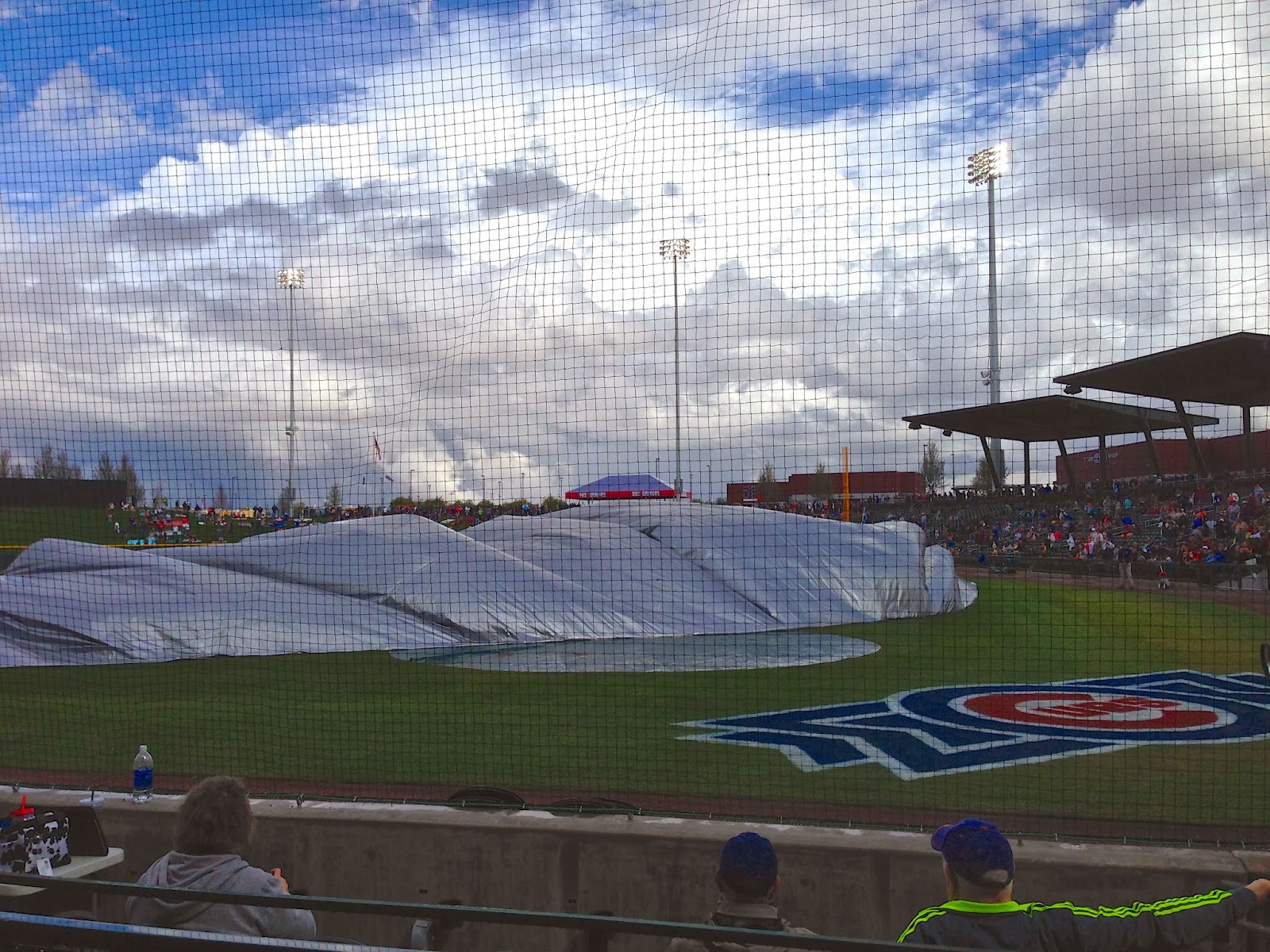 The brief rain at last Saturday's Chicago Cubs game stopped before game time and my husband and his son looked forward to the start of the game.  But when the tarp was pulled back, as was occurring during this iPhone photo, the water was deposited on the infield dirt.

They cancelled the game for "unplayable conditions" even though it did not rain at all during game time.    Dave and Stuart then stood in line for nearly 2 hours to exchange their ticket.  They spend the same amount of time at the stadium as they would have if there had been a game.

They of course talked to the people standing in line near them.  They said that there was a real nice family who had driven all the way from Albuquerque to see the game.  One youngster was dressed in San Francisco Giants clothes and his younger brother was in Cubs clothes.  The father had to drive them back the next morning because he had to work, so they would not be able to see a game on Sunday.  At least both boys had autographed baseballs, which they had apparently gotten before the game.

This week we are showing photos from our recent trip to the Galapagos Islands on our Viva la Voyage travel photo site.
Posted by Julie ScottsdaleDailyPhoto.com at 2:30 AM

It was regrettable that of all of the many Spring Training games in the Phoenix area on Saturday, the Cubs game was the only one that was not played.