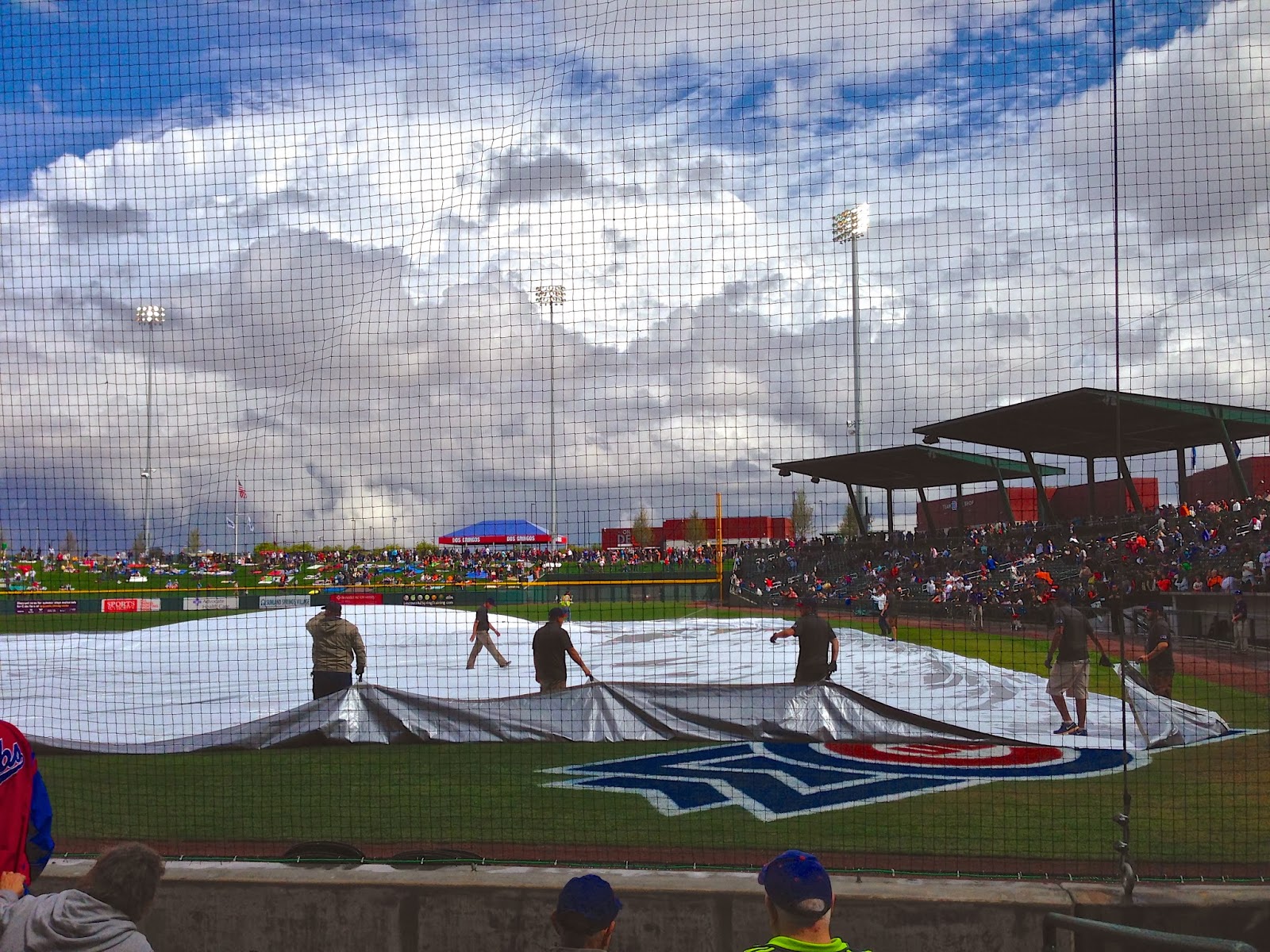 After the rain storm that I showed the last two days passed through after about 20 minutes, the grounds crew removed the tarp and it looked like the game would be played, as there was no rain during the next three hours.

This was only the second game in the new Cubs Stadium, and this was probably the first time the grounds crew had removed the tarp, as it had not rained in more than two months.  Maybe they had practiced how to do it, but maybe not.  I will show more in a few days.

This week we are showing photos from our recent trip to the Galapagos Islands on our Viva la Voyage travel photo site.
Posted by Julie ScottsdaleDailyPhoto.com at 2:30 AM

An advantage that Spring training has in Arizona over Florida is less rain.

You got to see a rare sight at the game.