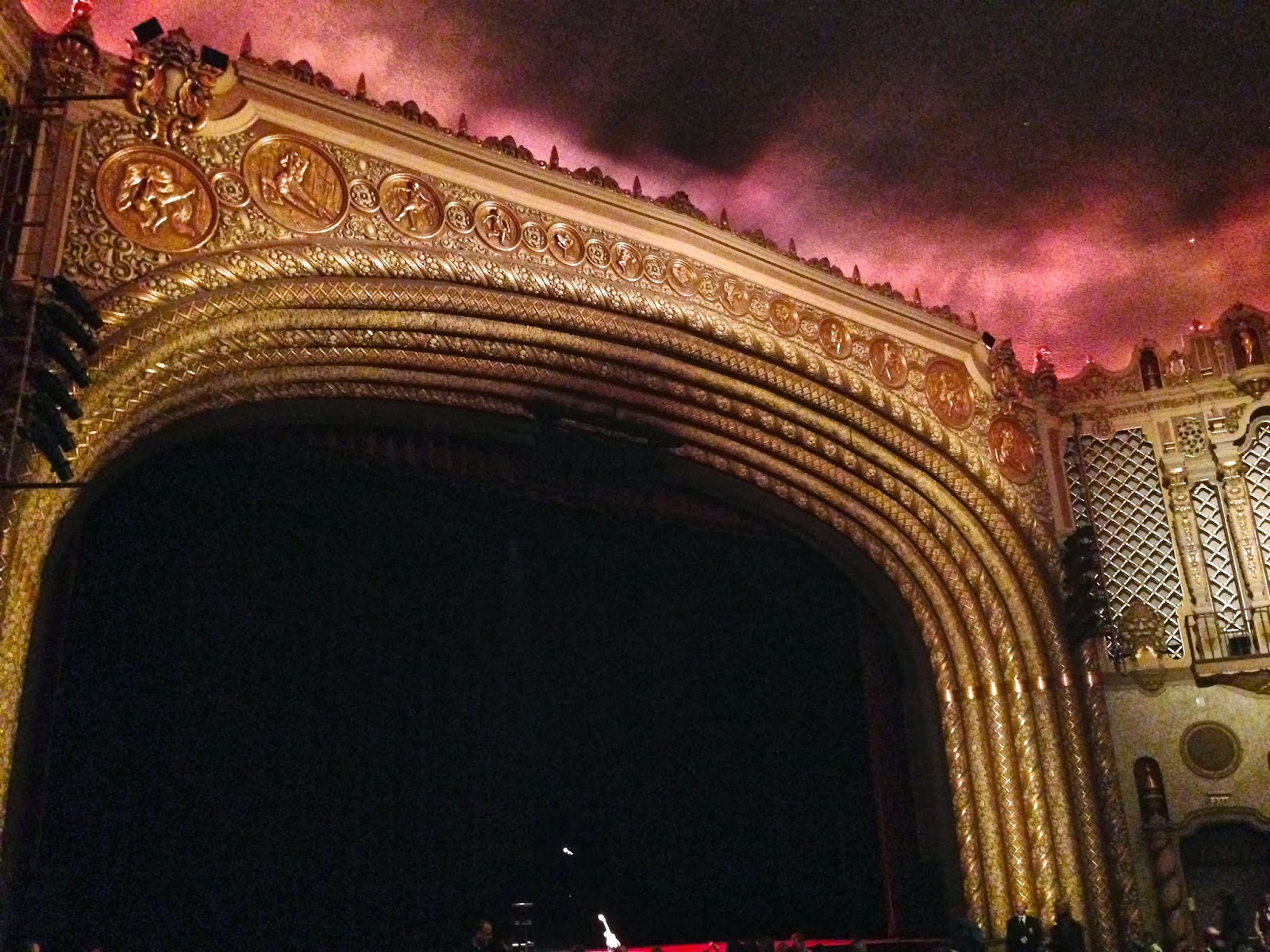 Last weekend we saw a performance at the Orpheum Theater in downtown Phoenix.  It was renovated about 25 years ago to be a venue for  live performing arts, after decades of neglect.

It was built during the late 1920's in the era of "movie palaces" and it has a very ornate interior, as shown by this view of the stage.  Astonishingly, when the theater was used to show Spanish language movies in the 1960's and 1970's, the owners painted the interior moulding black because they thought the ornate decor detracted from the movies.

The lighting was designed to simulate the night sky on the ceiling. Tomorrow I will show who the performer was.  Well, sort of.

This week we are showing photos from our recent trip to the Galapagos Islands on our Viva la Voyage travel photo site.
Posted by Julie ScottsdaleDailyPhoto.com at 3:30 AM

The Phoenix city government and arts community did an excellent job to rescue and restore the Orpheum Theater.

A duplicate of one of those round pieces of art set into the proscenium is over the fireplace at Tovrea Castle. The theatre was decorated on the inside by Italian plaster workers and Carraro hired those same workers to do work at the Castle. To thank him for the work, they gave him one of those plaster discs for the castle and it's a duplicate of one at the theatre.