Photo: Fountain Hills from a Distance 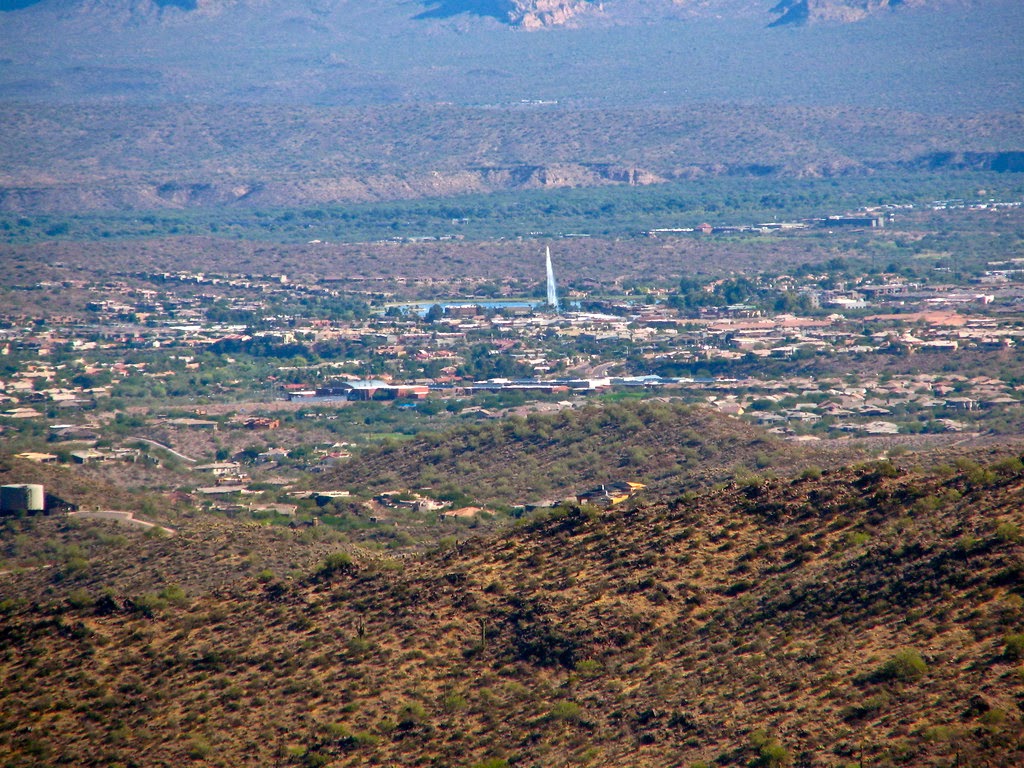 If you look closely in the center of this photo, you can see that the fountain that gives Fountain Hills its name was erupting.  It erupts for 15 minutes every hour, reaching a "normal" height of 300 feet (91 m), although it has he capacity at full throttle to reach 560 feet (171 m) high.

When the fountain was first installed in 1970, it was the world's tallest fountain.  It is now fourth.  It makes about as much sense to install the world tallest fountain in the Arizona desert as it does to reconstruct the London Bridge in Arizona, and both were the projects of Robert McCulloch of the chainsaw company that bears his name, who was a developer of both Fountain Hills and Lake Havasu, Arizona.

My stop son, Stuart, took this photo while on a hike in the McDowell Mountains, which border Scottsdale on the northeast.  Fountain Hills is a suburb right over the other side of the mountains.

This week we are showing photos of Raboul, Papua New Guinea on our Viva la Voyage travel photo site.  It is the former capitol, but has been destroyed by volcanic eruptions.
Posted by Julie ScottsdaleDailyPhoto.com at 3:28 AM

It is amazing that a fountain can be seen from such a distance.

Building the biggest fountain in the world in the desert does not make a lot of sense, but I guess it does prove the adage, "Build it, and they will come."

The story in England is that Mr. McClulloch thought he was buying Tower Bridge but instead got the rather plain London Bridge.

The fountain and the bridge are just two of the interesting and pecular things you will find in AZ. Of course I had to visit both!