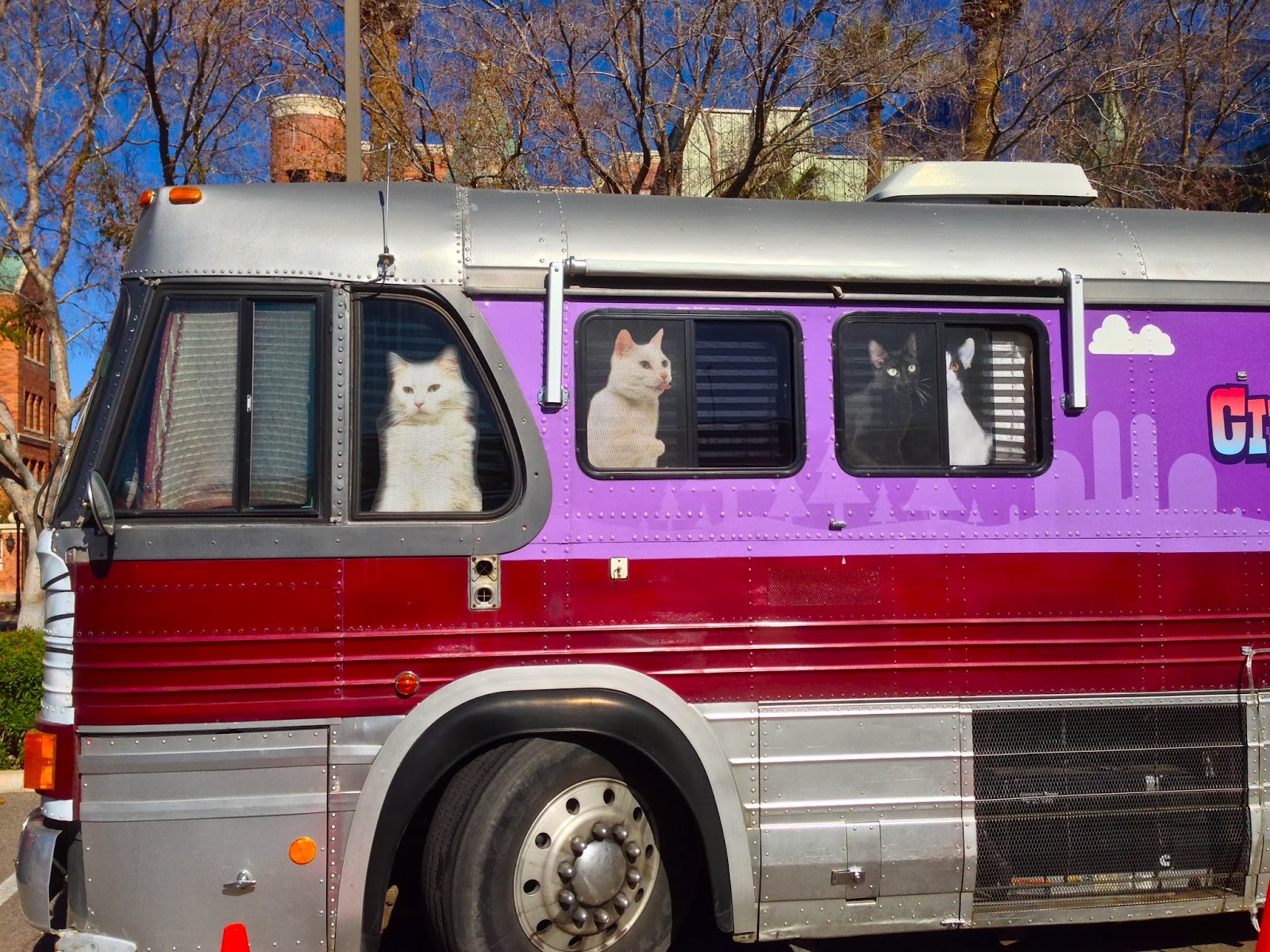 This is a wider view of the bus windows I showed yesterday, and below is a photo of another part of the bus that promoted the CircusCats.com website.  It is apparently a show that features cats doing circus tricks. 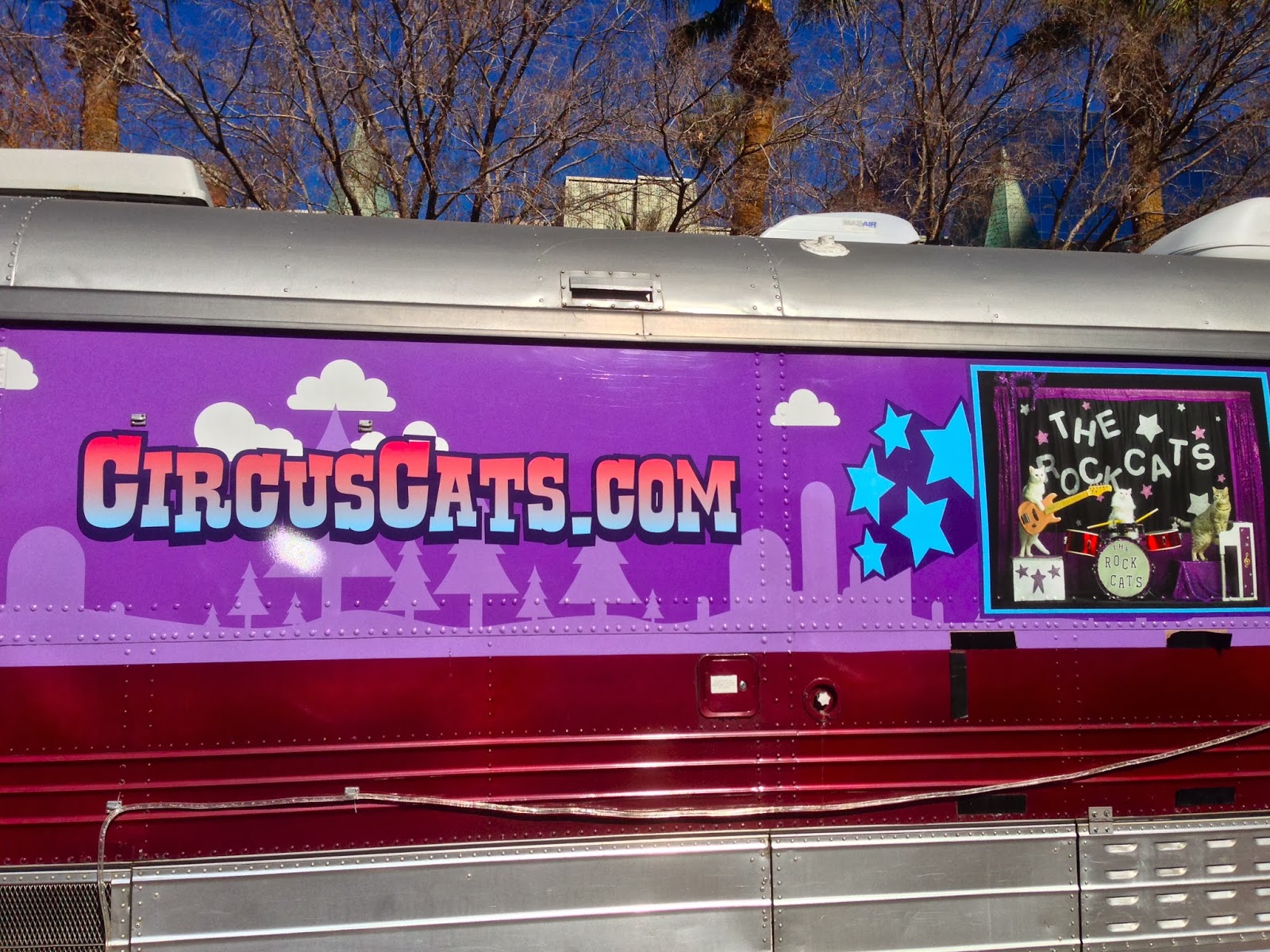 I don't know how many cat circus fans there are, but this appears to be their chance to see performing cats.

You often hear people speak of the difficulty of herding cats.  It must be difficult to train cats.

I am allergic to cats, but I had two cats for more than 20 years because I rescued them and could not bear the alternative.  One was a kitten in the middle of the road in a rural area.  The other was a kitten someone put under my garage door with a bowl of milk.

This week we are showing photos of Raboul, Papua New Guinea on our Viva la Voyage travel photo site.  It is the former capitol, but has been destroyed by volcanic eruptions.
Posted by Julie ScottsdaleDailyPhoto.com at 2:30 AM

I can't begin to imagine what it would take to train a cat to do tricks.

That would be fun to watch. (I think)